Watonwan County was officially created by an act of the Minnesota Legislature made official by the signature of the Governor Alexander Ramsey on February 25, 1860. This county was formerly a part of Blue Earth County and both counties were part of a huge Brown County almost as large as the State of Ohio.

In 1895, the county seat was established in St. James and during that year the present courthouse was built. Watonwan County furnished a governor for Minnesota in the person of Winfield Scott Hammond, elected on the Democratic ticket on January 5, 1915. Governor Hammond died in office the following year.

This county has 12 townships and eight cities. It is in the heart of a rich agricultural area. Up to very recent times the railroads played a vital part in the history and welfare of this county’s economy. In the past years, increased trucking service and use of passenger cars over state highways (linking this area with the north, south, east, and west) have diminished the role of the railroads. Industrial development through Tony Downs Food Company, ST (Scherr-Tumico) Industries, Westin Automotive, and Swift-Eckrich Inc., plus other smaller, yet enterprising companies, indicates prospects of industrial expansion in this area to serve the agricultural industry. 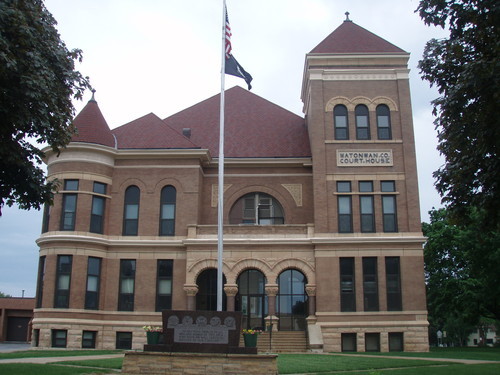