"Claire d'Loon" was unveiled in May, 1981, and she has stood outside of the Mercer Chamber of Commerce building ever since. She weighs 2,000 pounds, stands 16 feet tall, and lends credibility to the town's claim to be the "Loon Capital." In size she trails only the gargantuan floating loon in Virginia, and a goliath concrete loon in Vergas, both in next-door Minnesota.

The loon has suffered the indignity of being shot at least twice, something that Mercer should maybe have considered before building a giant animal in a place where a lot of people own hunting guns. However, in 2015 Mercer not only raised enough money to patch the holes in Claire, but to make her "talk" again. 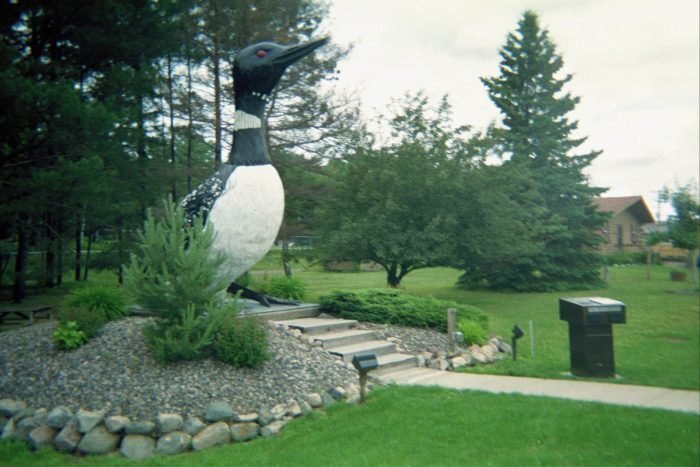