In 1900 a small exchange was organized by a group of farmers in Norway Township, Wright County, with only four lines. The switchboard was located in the Sam Stueland farm home two and a quarter miles south of Kanawha. Mrs. Stueland was the first operator, and J. Olson and Tom Berhow were the first officers. The lines, called switch lines, were owned and maintained by the subscribers, who paid a switch fee for the operator to switch them.

In 1908, the telephone office boasted sixty local phones and nine party lines. The office was located in the bank building, with George W. Madson in charge and Ada and Edna Huyck as operators. By 1910, the rates in Hancock County for telephone service were $12.00 per year (if paid quarterly in advance). Nels Thorson was contacted at Chicago Bell Telephone in Illinois, arriving in mid-July 1901, when the Norway Rural Telephone Company was established.

Norway Rural Telephone had made major investments in plant and equipment since the fall of 1983, when Cable TV went into service. The new subsidiary was known as Norway Cablevision and was installed in 350 homes in Kanawha. The new plant and office building was constructed in 1984 and occupied in January of 1985. The replacement of the original Stromberg-Carlson switching equipment was completed August 6, 1986, and the cutover was December 16, 1986.

In August of 1988, the board of directors approved the joining of two cellular telephone Rural Service Area (RSA) groups, #10 and #14. This made it possible for other telephone services to be offered to our customers as well as other residents of northern Iowa.

In June of 1989 Norway Rural Telephone Co. completed its cutover to Iowa Network Services (INS). This gave our subscribers equal access for long distance carriers. INS was founded by the Independent Telephone Companies of Iowa for this purpose.

Norway Rural Telephone Co. began offering Internet service in the summer of 1994. This service is brought to us by Net/INS, Inc., which is part of Iowa Network Services. In November the Cable Company purchased Hamilton Cable Company from Martin Hamilton of Wesley, Iowa. This company serves the communities of Corwith and Wesley.

In the spring of 1999, Norway Rural Long Distance Co. (now Communications 1 Long Distance) was formed to help bring competitive rates to our subscribers. With two rate plans to choose from and 800 services all on one bill, it’s very convenient for customers.

Communications 1 continues to offer voice, Internet and cable television to customers in Kanawha, Klemme and Corwith. The company has 1,165 access lines and 528 cable customers.

In 2008, Communications 1 embarked on an $8 million project to improve telecommunications services in southern Hancock County. The fiber-to-home project positions Comm1 as one of only about five percent of companies in the United States that offers this state-of-the-art fiber service. Customers receive crisp voice, speedy Internet and clear digital cable television. The company had the services available to nearly all customers by the end of 2009. 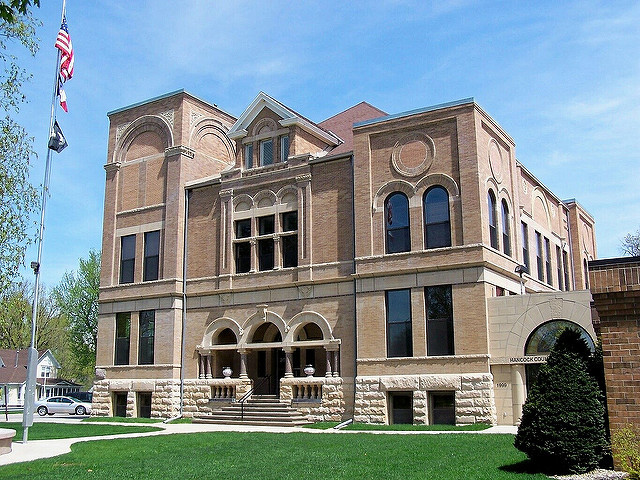 Visit our county page and you will find information about our town and county's points of interest, festivals/events and faith community. You also will find stories about the contributions made by farmers/ranchers located throughout our county and of course you will learn about the community organizations that have built and continue to build strong communities (chambers, community groups, and departments, etc) and much more when you visit the Hancock County, IA page.