Pig in a Poke Recording Studio

Pig in a Poke Recording Studio was founded by Buster Jones (The Big Porker) Sweet Sine County's most successful band, The Lip-Synchers! The band that took the county by storm in the mid-1980s broke up when lead lip-syncher, Buster insisted that fellow bandmates accept his girlfriend (Betty Thompson) into the band. After a much-publicized fight ensued over the choice of lip-synching song titles, The Big Porker left the band in a lippy huff and formed Pig in a Poke Recording Studio. The now prestigious record label has become home of some of the biggest hits to come out of Sweet Swine County! Below you can watch two of their biggest hits as seen on KLUK TV! First a song written by composer, arranger, singer and instrumentalist Bruce Bednarchuk from Redwood Falls, MN, who is also a weekend citizen of Swine Song Commune! Bruce who recently told the The Daily Boar Newspaper, "After I got to know all the crazy 'characters' in Sweet Swine County, I couldn't help but write this song about them! My song, 'Sanity Said Goodbye To Sweet Swine County,' is a perfect reflection of life in the county! Fortunately, Earl Silo agreed to appear in the music video. Earl's THE MAN!" Then you will see Billy Kruse--the first super famous country singer from Sweet Swine County who makes a rare television appearance on the Women of Sweet Swine County. Miss Kruse sings "AS THE CORN GROWS"--now a #1 hit on the country chart in Sweet Swine County! You've got to hear it! 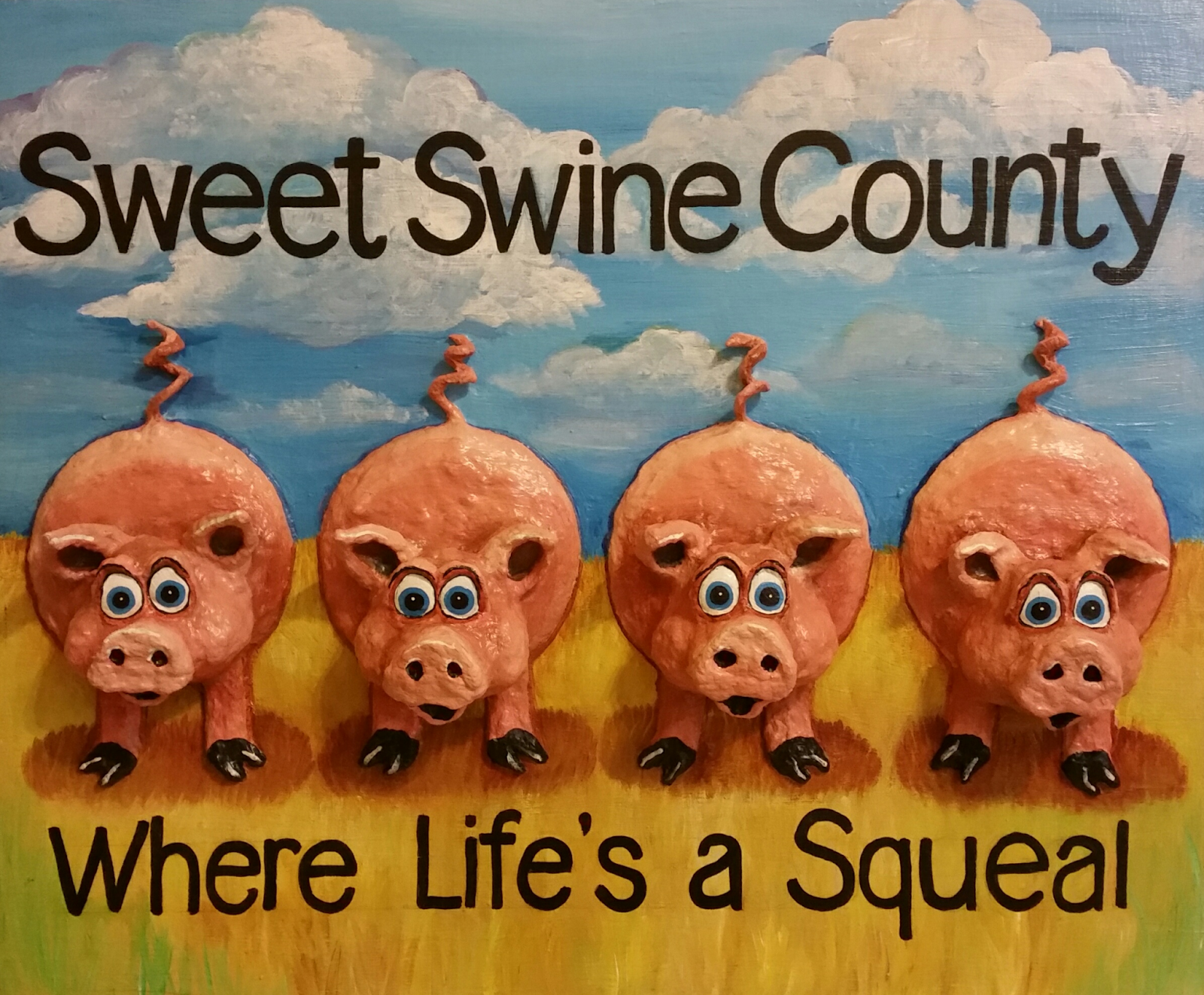