The committee along with the mayor met with Miss Leona Funk, State Librarian Field Representative, to discuss plans and means available from federal and state aid to establish a Public Library in the town of Denver, Iowa.

December 8, 1959, a meeting was held in which the mayor announced that the City Council had approved the plans to establish a Public Library for the town of Denver. The location was to be a room in the City Hall.

The board was cut to five members following instructions from the City Clerk. So in addition to the officers, Dr. Stumme and Mrs. Kueker, others were Marie Buss, Laverne Kurtt and Ramon Green.

The board continued to have help from Miss Funk and a librarian, Mildred Kurtt, was hired March 4, 1960, at minimum wage of $1.25 an hour. She continued at the library until March 4, 1995.

Shelving, lighting and tables were installed and the library was open 15 hours a week. Open house was held May 10, 1960. Many books, periodicals and other materials were donated and purchased. Madelyn Bruns, an assistant, was hired August 1964. She resigned in May 1969. Marlys Richman was hired in May of 1969. February 1969, the librarian reported a circulation of 1,213.

Additional room was acquired over the years and Dr. Stumme continued as Chairman of the Library Board until his death.

Ron Knudson served as President of the Denver Library Board for many years. Other members then included: Marie Buss, Phyllis Meade, Madeline WItt, Bill Mathias and Dennis Kueker. The Board has had many changes throughout the years.

Mary Mumby was hired in January 1990, and in June 1995 she became the Director. Sue Hotzel joined the staff in July of 1995. Nancy Stoll became children's librarian in October 1995.

The quest for a new library facility began in July of 1989. James W. White, Library Consultant, was hired and recommended in a feasibility study that a new library should be built. Problems with the remodeling of the old facility were addressed, such as handicapped accessibility and the placement of the load bearing walls. But construction plans were postponed in 1990 because the city had greater need for a new emergency services building. Also the project was further delayed by the deaths of Ron Knudson, Millie Kurtt, and Dennis Kueker.

The project was revived in 1997 when the city and the library proposed using the existing west wing of the elementary school building. But in March 1999, the bond issue for a new elementary school was defeated, and a meeting between the city council, library board and the Library Advisory Board recommended that a new proposal should be submitted for consideration.

2000 was a busy year for the library. Work began with the city on a joint facility including a community room, library, city hall, and police offices. The city and library hired Al Saterbak & Associates to conduct a feasibility study. The study showed that with capable leadership, the community would support the project. The library board and the city council hired Crescendo to help with fund raising. Gardiner Architects were hired to design the building.

January 2001, the planning for the project began. Throughout 2001, volunteers met and the project was merged with one to expand the athletic facilities of the community. Money was raised to fund the project. Also in 2001, Automation of the library began. Darlene Mohling retired after 22 years of service, and Lisa Cox was a new staff member.

Groundbreaking for the joint library building, community room and city hall complex was April 11, 2002. Color selection, carpet selection, and furnishing selection became a way of life for the library staff. Moving from a 3,200 sq. ft. building to one with 8,000 sq. ft. for the library was an exciting change for the staff and entire community.

The new building includes a loft, separate reading areas for adults and children, more computers, and a fireplace.

In the fall of 2008, Mary Mumby resigned as Director, and Kelly Platte was hired as Director in January of 2009. Kristyn Kline was made Assistant Director shortly thereafter. Other staff members include Tammy Cashman and Brian Dauchenbaugh.

Kelly has brought about many exciting changes for the library including expanding the large print selection, purchasing a children's learning center (with money from the Friends of the Library), a movie liscense, Wii and establishing a new Teen Area. The Fancy Nancy party and Dr. Seuss' birthday party were a big hit with the kids. Aside from Directing the Library, Kelly also does Toddler Time and Story Hour, writes the Denver Library News for the Forum and Waverly Newspapers, and networks with the community. Kristyn's responsibilities include cataloging, interlibrary loan, book club and weekly readings at the Denver Sunset Home. Tammy, who teaches 1st grade at Denver Elementary School, enjoys Story Hour Thursday evenings and is making plans for the Summer Reading Program. Brian is a student at Denver High School and especially enjoys planning for the Teen Area and organizing the DVD selection.

Everyone is welcome to visit us and we invite your suggestions! 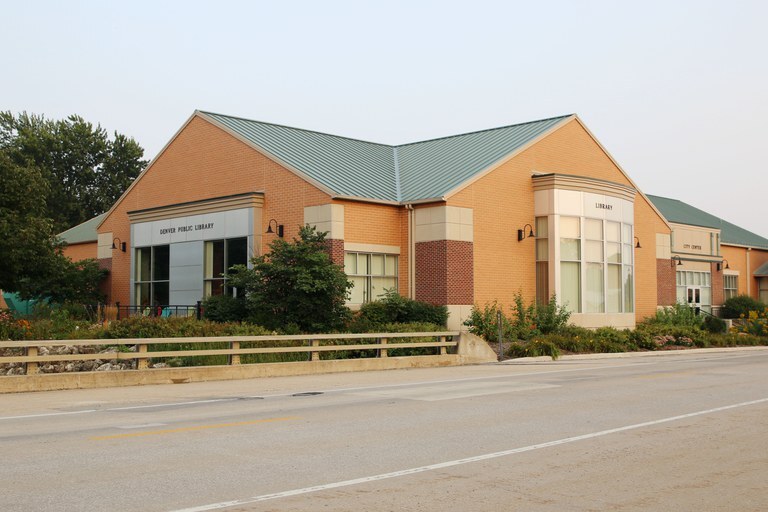 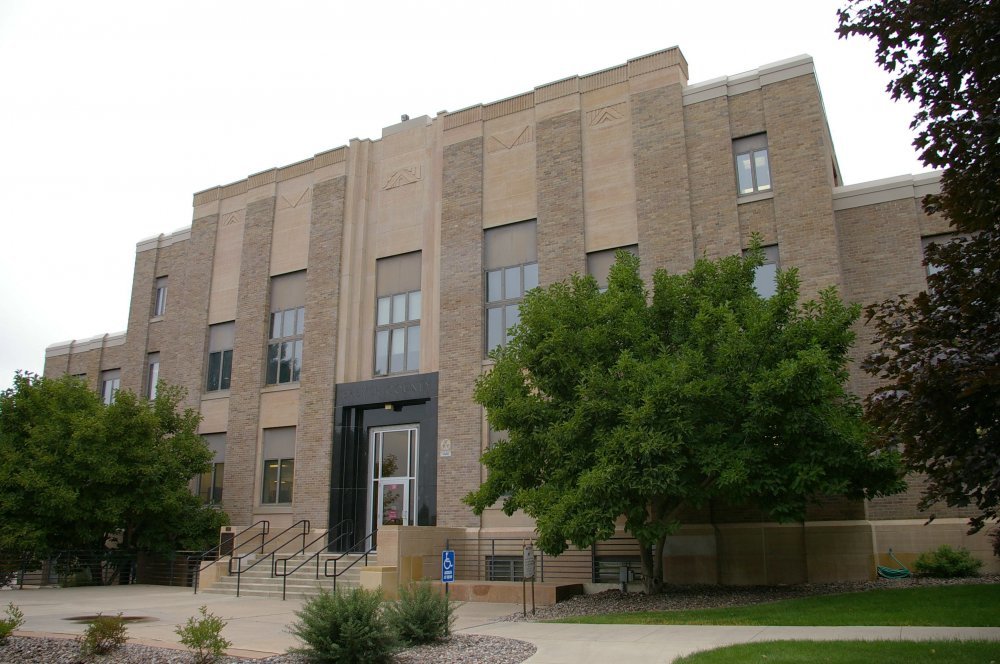