As early as the 1870's, Catholic churches were erected in both Cherokee and Marcus. Years later, Maryill and Quimby also establish parishes. Although the parishes of St. John, Quimby, and Visitation, Maryhill, have closed in recent years, the Catholic faith is still vibrant in the county through Immaculate Conception Parish of Cerokee and Holy Name Parish of Marcus.

The histories of Immaculate Conception Parish and Holy Name Parish share many similarities. Each church location is presently in its third site. The present Immaculate Conception Church was built in 1907 and Holy Name Church in 1915. Both churches were built by one of the greatest church architects of the day, William L. Steele of Sioux City. Both churches are adorned with the finest stain glass windows of the day. Both Churches and their halls have gone through major renovations in recent years. Both parishes, since their early days, were blessed with Catholic Schools. Unfortunately, both parishes lost their Catholic Schools in the late 1960's and early 1970's due to shortages of priests and sisters to serve them.

Since the closing of the Catholic Schools, Immaculate Conception and Holy Name have maintained active programs for Faith Formation and Youth Ministry by hiring professional people to lead these ministries. The parishes have also employed professionals to enhance the liturgies in each parish. Competent professionals also serve as secretary, bookkeeper, and custodians in each parish.

Today, the Catholic Communities of Cherokee County serve about 850 Catholic households. There are about 550 in Cherokee and 300 in Marcus. Both Immaculate Conception and Holy Name Parishes look forward to serving the people of Cherokee County for many years to come. We realize that God has blessed us in the past, and we fully trust God will provide for us in the future. 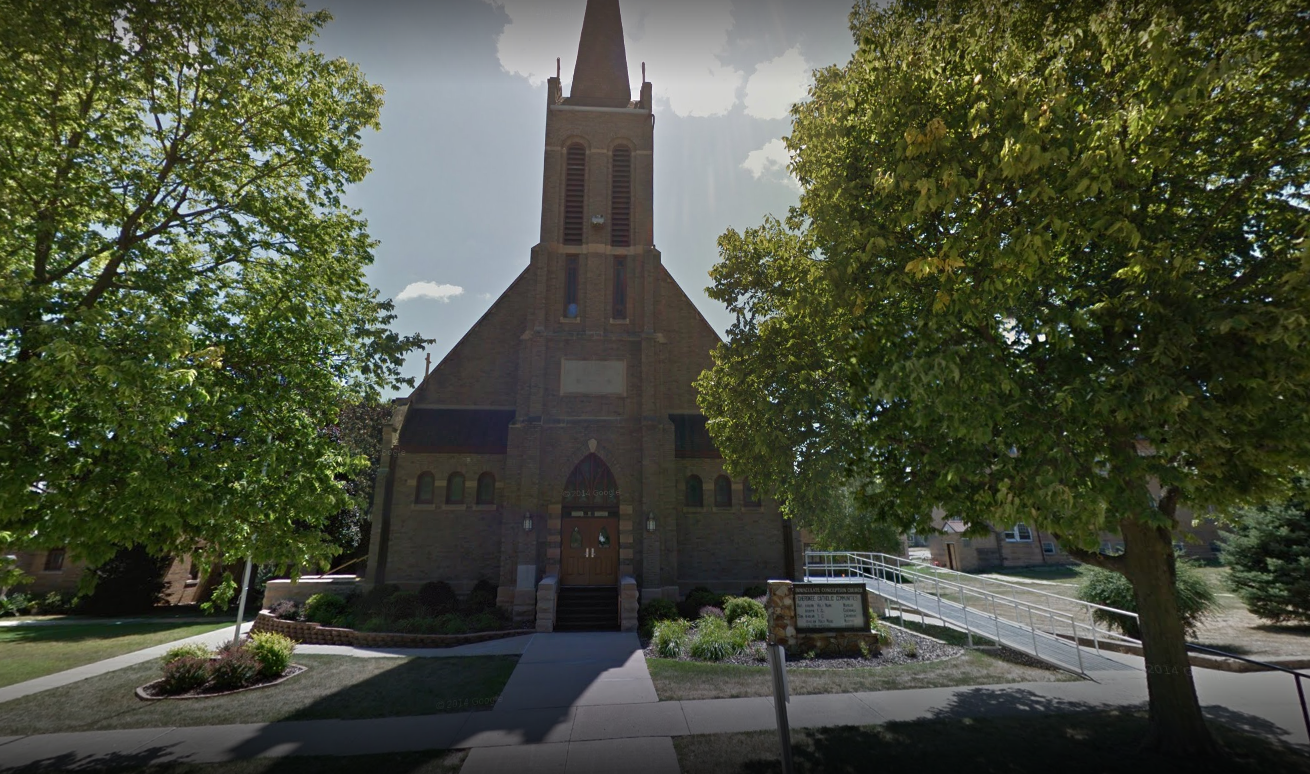