Point of Interest in Atwater, MN

Atwater , once the largest village in Kandiyohi County , was begun as a railroad contractor's store in the summer of 1869 by Christopher L. Peterson. Prior to this time a post office had been maintained on Summit Lake , two miles west of the present village site. From 1869, until the village was incorporated in 1876, it was known variously as Summit Lake , Stockholm and Gennessee. When the town site was formally established, it was named for Dr. E. D. Atwater, of the land department of the St. Paul and Pacific Railroad which had the original land grant. In 1871 Mark Piper, who was prominent in early county politics, opened a general store; and the hardware firm of McKinney and DeTar was organized. Getchell, Salter and Pines took over the store opened by Christopher Peterson, and added rooms for a hotel. Mr. Salter also opened Atwater 's first lumber yard the same year. Other new businesses in 1871 included G. B. Dahl's blacksmith shop, Louis LaFoe's hotel, and Pullen's general store which was moved to Atwater from Harrison. Dr. J. S. Gibson, Atwater 's first physician, arrived in 1873 and remained for many years. Two of the Gibson children are buried in an unkept cemetery on the shore of a small lake north of the village. 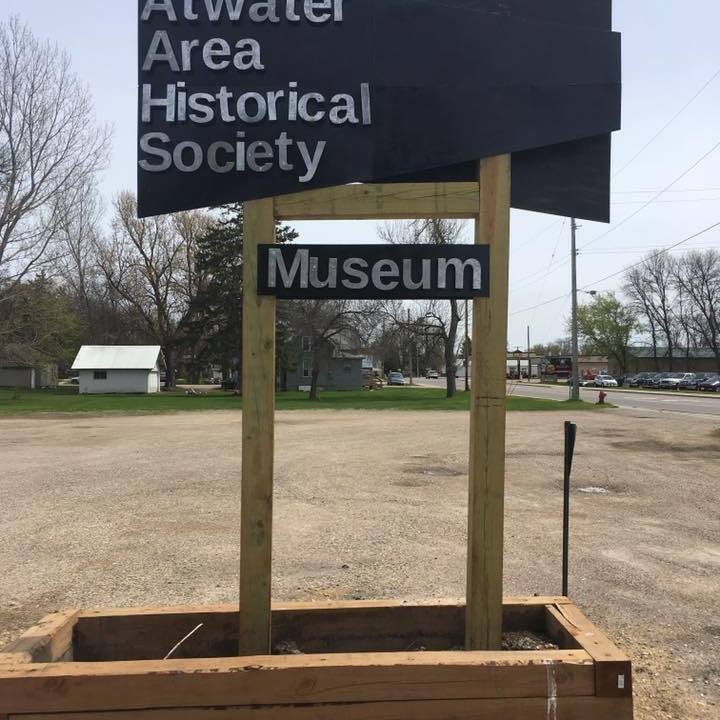 Visit our county page and you will find information about our town and county's points of interest, festivals/events and faith community. You also will find stories about the contributions made by farmers/ranchers located throughout our county and of course you will learn about the community organizations that have built and continue to build strong communities (chambers, community groups, and departments, etc) and much more when you visit the Kandiyohi County, MN page.