Point of Interest in Belgrade, MN

A huge black crow sits atop a 31-foot-long branch, itself atop a 25-foot-tall cement pedestal. Eighteen feet tall -- in all, 43 feet high -- this biggest of all birds has an eerie, pagan idol quality, particularly since it's so massive, so well-done, and so out in the middle of nowhere.

The crow and broad surrounding pavilion were erected in the wake of the 1988 state centennial, funded partially by a grant from the Celebrate Minnesota Committee. The encircling wall is made of 6,000 individually purchased bricks. Flags of the 50 states and many European nations flutter over the park. Descendants of the early German, Polish, Danish and other settlers can picnic under their respective flags.

Inside the crow's base is a tiny self-guided museum. Only a few displays of bleached, dusty detritus from the Centennial celebration survive: Belgrade T-shirts, commemorative Frisbees, and beverage insulators. Push a button and a prerecorded narration tells you more than you'd ever want to know about the crow and the county. The voice excuses all of this weirdness because crows, like the humans who admire them, are "resourceful" and "mate for life and remain close to their families."

The crow, a fiberglass sculpture created by F.A.S.T. and supported with a metal skeleton, is painted with black automotive paint. The black surface and high angle on the pedestal make decent photographs of the crow a challenge. 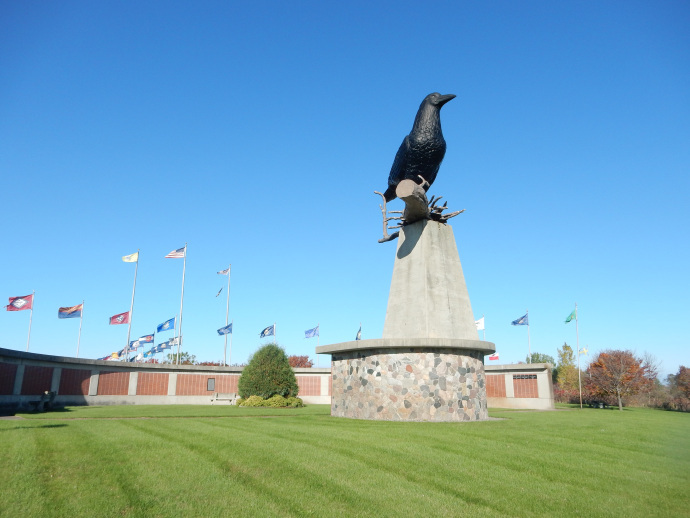 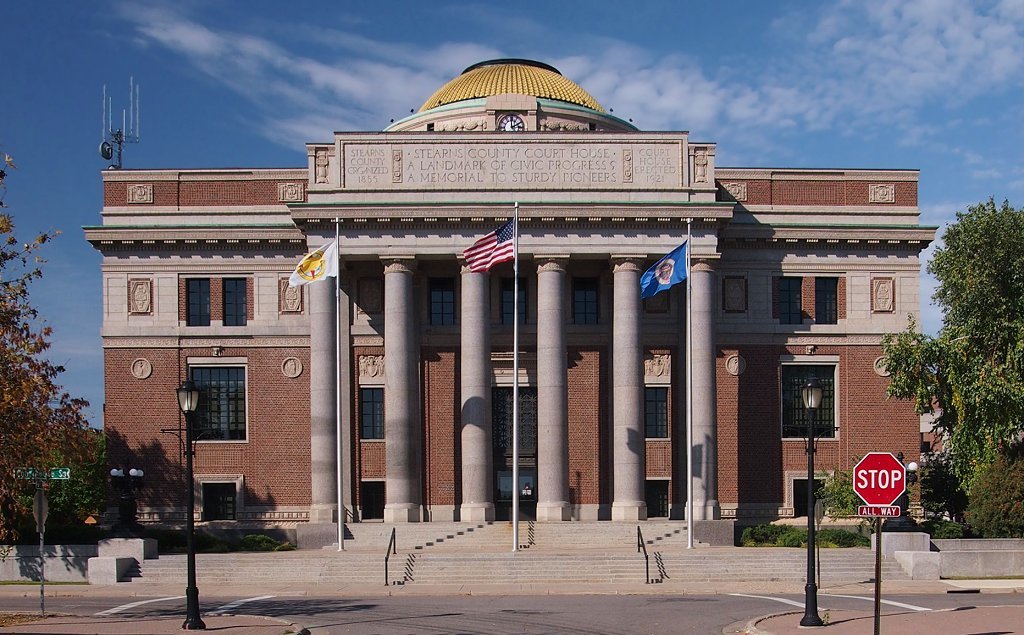 Visit our county page and you will find information about our town and county's points of interest, festivals/events and faith community. You also will find stories about the contributions made by farmers/ranchers located throughout our county and of course you will learn about the community organizations that have built and continue to build strong communities (chambers, community groups, and departments, etc) and much more when you visit the Stearns County, MN page.