Point of Interest in Sheldon, IA

The Carnegie Library in Sheldon, Iowa is a building from 1908. It was listed on the National Register of Historic Places in 1977. In 1969, the library was moved and 7 years later the building became the Sheldon Prairie Museum.

Several days after the local Ladies Chautauqua Literary and Scientific Circle opened a reading room in 1894 above a local hardware store, the building and collection burned to the ground. Following the accident, the community came together, donating books and funds and forming the Public Library Association by the end of the year.By 1906, the Sheldon Public Library was looking for a larger space and received a $10,000 grant from Andrew Carnegie’s foundation. The new facility opened in 1908.

When the Public Library in the O’Brien County town of Sheldon moved to a new location in 1969, the grandiose Carnegie building sat empty for 7 years before it was taken over and repurposed by the county geological society. Now in its 35th year of existence, the Sheldon Prairie Museum includes displays of early local industry, Indian and animal artifacts, military and school exhibits, and the Sheldon Hall of Fame. The museum is open Monday evenings plus Tuesday, Thursday, and Saturday afternoons. 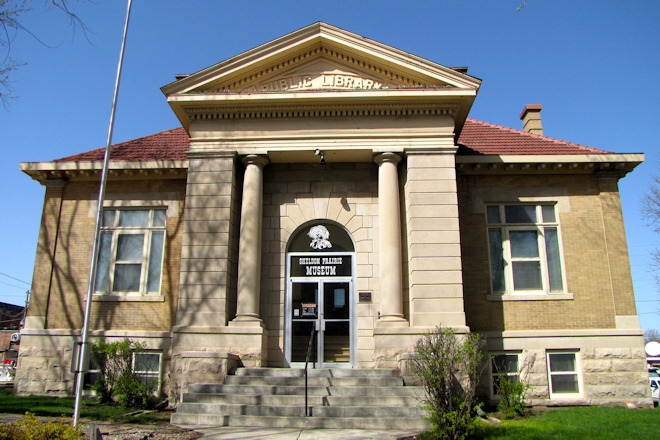 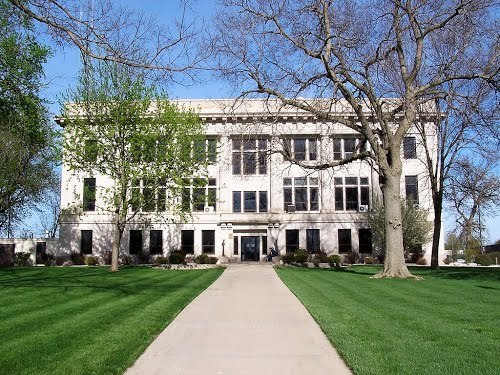 Visit our county page and you will find information about our town and county's points of interest, festivals/events and faith community. You also will find stories about the contributions made by farmers/ranchers located throughout our county and of course you will learn about the community organizations that have built and continue to build strong communities (chambers, community groups, and departments, etc) and much more when you visit the O'Brien County, IA page.