This SNA straddles the Lower Zumbro River between the communities of Zumbro Falls and Hammond in Wabasha County. The river here is in its final stretch: its three forks—which drain a watershed of 1,422 square miles—have joined into a single main stem that meanders its way toward confluence with the Mississippi near Kellogg.

The Zumbro's watershed is characterized by Paleozoic-era bedrock, and exposures of Cambrian-age sandstones, shale and dolomites may be seen along the eastern part of the river valley in Wabasha County. Within the SNA, canoeists and kayakers will encounter the landmark of Wall Rock, a sheer cliff that towers 200 feet above the water at a bend in the river.

Southern mesic hardwood forest dominates the SNA, with its canopy of oak, basswood and maple. Along the river is a terrace forest—periodically subject to flooding—with silver maple, green ash, cottonwood and elm. Higher and drier areas host comparatively more open, fire-dependent communities, including oak-shagbark hickory woodland and sand-gravel prairie, while the vertical faces of bedrock exposures provide habitat for a unique community of plants and wildlife.

Spring brings spectacular displays of bluebells under the basswood stands along the river. Wild ginger, trilliums, and hepatica bloom in the woodlands, and jeweled shooting star—a species confined to cliffs and rocky woods in Minnesota's Paleozoic Plateau—is seen here in abundance.

The forest and riverine habitats protected here in their natural, undisturbed condition make an important contribution to the biodiversity of the region as a whole. If visiting, please take care not to disturb riparian forest, stream banks and sandbars, which are both fragile and especially important to wildlife such as nesting turtles and feeding sandpipers.

Management attention has focused on reconstructing prairie and savanna in areas converted to old field and pine plantation, using native seed collected from local sources. Other activities have included cutting of invasive species (buckthorn and honeysuckle), and use of prescribed burns to prevent/reduce woody encroachment.

Those who would like to better understand the context of this site will find a wealth of information (including oral history interviews) in "The Environmental History of the Zumbro River Watershed: An Annotated Bibliography," by Greg Gaut, Janet Timmerman and Kevin Strauss, a product of the Zumbro Watershed Partnership and Olmstead County. Timmerman lived for a time on the Zumbro and kayaked its branches. "Environmental histories offer the modern world a base line for making decisions about a place." she writes. "Whether those decisions are political, economic, social or cultural, knowing the dynamics of the environment is critical. We shape, and are shaped by, the particular environment we inhabit. Though the Zumbro is in places an artificial channel, it still retains a wild nature."

At one point, Wall Rock, a dry cliff community, towers 200 foot above the east side of the river bed. Frequent dolomite outcrops and low, moist cliffs support mosses, liverworts, and ferns. Small patches of Canadian yew, uncommon in this area, indicate cool ground water seepages. Along the river terraces, Indian paintbrush and smooth rock cress, both protected species, grow on gravel prairies. North and east-facing slopes are home to mesic old-growth oak forest, while oak forest, oak woodland, and brushland cover dryer slopes. Spring brings spectacular displays of bluebells under the basswood stands along the river. Wild ginger, trilliums, and hepatica bloom in the woodlands, and jeweled shooting star, found in Minnesota only on the Paleozoic Plateau, grows abundantly on the cliff faces. 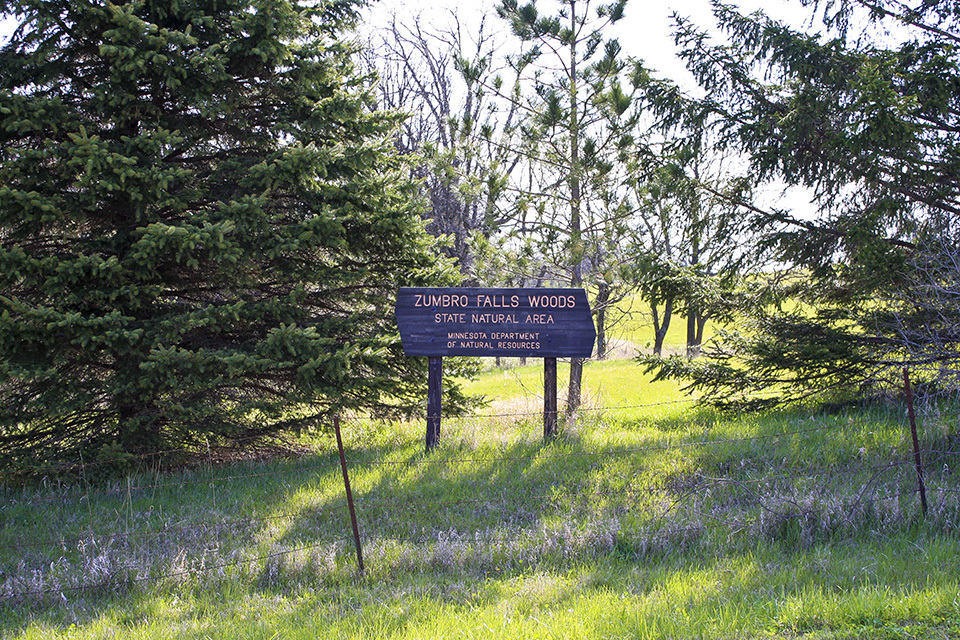 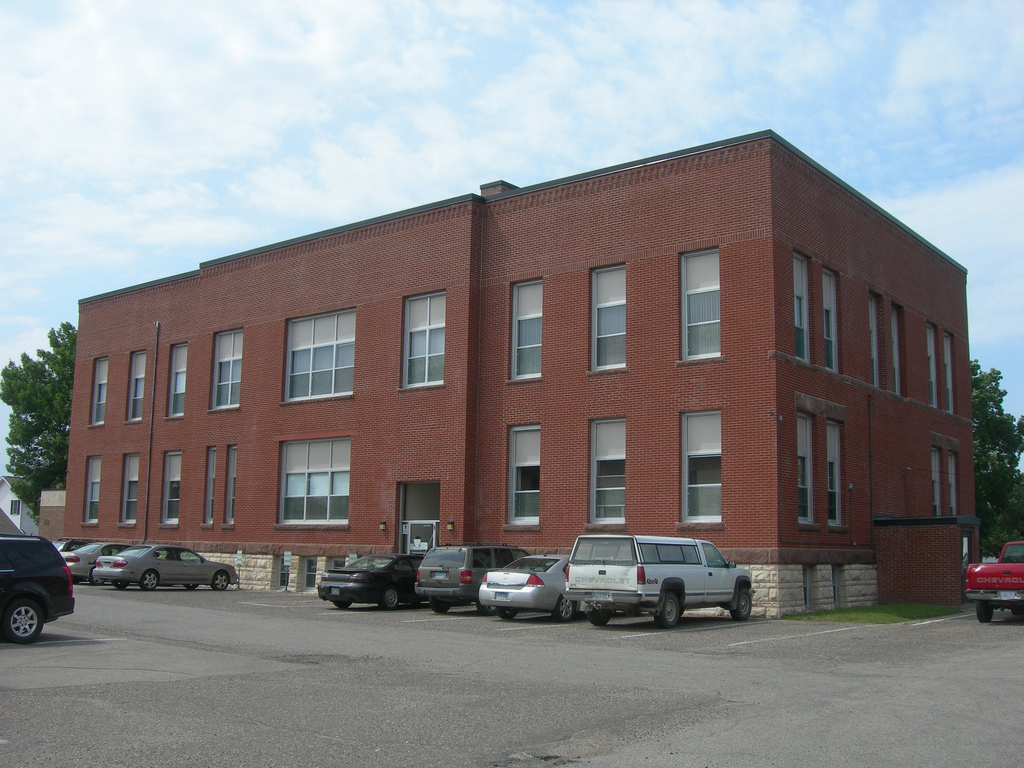