The colorful history of Abilene dates from the pioneer cattle days when great herds of longhorns were driven overland from Texas to Abilene, the western terminus of the first railroad through Kansas. The City of Abilene holds a colorful position in the annuals of the Old West. Many of the legends and the traditions of the cowboy days had their origin in the Abilene of nearly a century ago. Unlike so many pioneer boom towns, Abilene never lost its fame and character.

In 1857, Dickinson County was founded. Abilene began as a stage coach stop in the same year, established by Timothy Hersey and named Mud Creek. It wasn’t until 1860 that it was named Abilene, from a passage in the Bible (Luke 3:1), meaning “city of the plains”

Abilene became home to Dwight D. Eisenhower when his family moved to Abilene from Denison, Texas in 1892. Eisenhower attended elementary school through high school in Abilene, graduating in 1909. The Dwight D. Eisenhower Presidential Library and Museum is the burial site of President Eisenhower, his wife, Mamie, and their first-born son Doud Dwight. 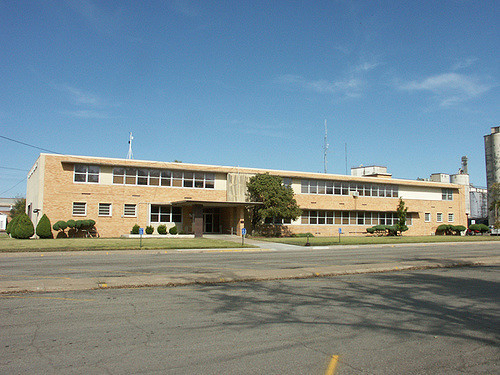 Visit our county page and you will find information about our town and county's points of interest, festivals/events and faith community. You also will learn about the community organizations that have built and continue to build strong communities (chambers, community groups, and departments, etc) and much more when you visit the Dickinson County, KS page.