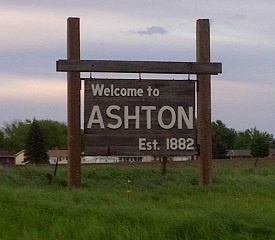 Established in 1882, and was incorporated in 1885. Almost 130 years ago there was a little village in Osceola County called St. Gilman. The first resident of the Gilman Township was Capt. Eldred Huff, who served as an officer with the Union Army during the Civil War. He hauled a load of lumber all the way from Sioux City for his house because there were no trees on the prairie. The town of St. Gilman was laid out in 1872. The first businesses included a lumberyard, a blacksmith shop and even a hotel. A millinery shop and a saloon followed. Then came the grasshoppers. "They ate everything green; which included corn, grain, potatoes, the grass and leaves and bark of the young trees," according to "Growing Together," a history book of Ashton published in 1982. "The storekeepers sold, what they could and packed up everything else and left. The hotel had no customers and went out of business, the saloon keeper had to tend to both sides of the bar and do all the drinking himself.

In the early 1870s however, things began to improve. In 1883 business revived in Ashton, which had been renamed the previous year after May Ashton, the daughter of a railroad man who traveled in the area. The town was incorporated in 1885.

The first rural schools in the township were established around that time, and a school was built in town sometime before 1895. St. Joseph Catholic School was established in 1889. A variety of houses of worship also sprang up in Ashton, including the First Presbyterian Church and Our Lady of Perpetual Help Catholic Church (later renamed St. Mary's Catholic Church). The Ashton Bible Church was established much later, in the 1950s.

The Ashton public school closed in 1974, and the parochial school also has shut its doors. Ashton parents currently have the choice of the Sibley’s or Sheldon’s school district, both of which are short drives.

The residents of Ashton considered the arrival of 10,000 RAGBRAI riders in the summer of 1999 a community event, and the distribution of proceeds following the event reflected that. In addition to a donation to the Ashton Public Library, dollars from The Des Moines Register's Annual Great Bicycle Ride Across Iowa went to a new basketball court at the city park, the Ashton Museum, Ashton Fire Department, American Legion and Community Building fund, and AGES, the Ashton Community Emergency Services team.

Points of Interest of Ashton, IA 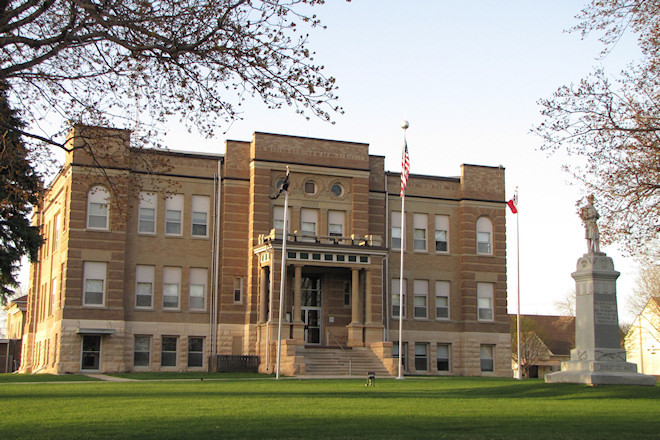 Visit our county page and you will find information about our town and county's points of interest, festivals/events and faith community. You also will learn about the community organizations that have built and continue to build strong communities (chambers, community groups, and departments, etc) and much more when you visit the Osceola County, IA page.