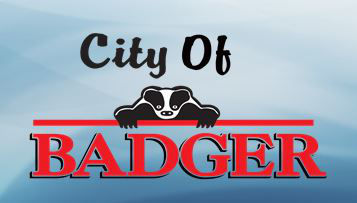 Badger Township was organized on October 10, 1865, and the town of Badger was laid out and plotted by Charles Knudson in 1882. Knudson is known as the "Founder of Badger".

Myron fleming was the first settler in the town of Badger. He served as the first postmaster, and he built and operated the first general store in 1881. His daughter Josie was the first child born in Badger in 1882.Otto Ottoson and N.P. Hill built the first elevator in 1885. One year later, the Peevie Company built another elevator nearby. Both of these elevators were purchased by the Quaker Oats Company. In 1902, the Farmers Elevator Company was organized, and in 1942 it was reorganized and became the Badger Cooperative Elevator. In 1973, it merged with the Vincent Co-op Elevator and formed the New Co-op.A local farmer, Tom Chantland, developed a superior open-pollinated corn which bears his name. Tom and his son Alfred put up a seed cleaning plant at their farm. Alfred built a gravity separator which they used for grading alfalfa and clover seeds. Alfred also built a conveyor for loading bags of seed, which sparked the idea of the Chantland Manufacturing Company. This company was formed in the early 1940's, building its first conveyors in a garage at the farm.Alfred Chantland was also responsible for building the Elton Seed and Milling Company in the 1940's. In 1956, Maurice Johanson purchased the seed mill, and later changed the name to Johanson's Seed and Milling Company. He operated the mill until 1987, when he turned it over to his son Steven, who still operates the company today.Otto Ottoson established the Bank of Badger in 1889. The name was later changed to the State Bank of Badger, and in 1894 to the Badger Savings Bank. The Badger Credit Union was incorporated in 1939, and sold to the First National Bank of Fort Dodge in 1968. In 1989, Farmers Savings Bank opened. It is a branch of Farmers Savings in Vincent.The community has had several doctors who have resided or have had an office in Badger. The first was Dr. Dahl in 1902, and the last was Dr. Otto Glesne in 1928.The first telephone company, Badger Telephone, was started In the late 1800's. In 1956, it converted to a dial system. In 1959, the company was sold to North Central Telephone Company. In 1986, the company was sold to Webster-Calhoun Cooperative Telephone Association.In the early 1900's, Adolph and Alfred Knudson built a town hall. It was used for school programs, basket socials, home talent plays, band practices and group meetings. A new brick community hall was erected in 1927, where all community events and indoor sports were held. The community spirit was at it's height at this time, resulting in an award for being "Iowa's Leading Farm Community".Badger had been recognized as a town since 1882, but it was not until February 8, 1900, that the town was incorporated.

Points of Interest of Badger, IA 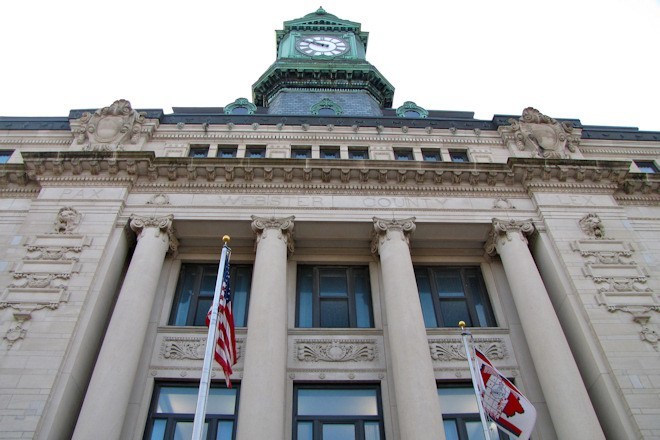 Visit our county page and you will find information about our town and county's points of interest, festivals/events and faith community. You also will learn about the community organizations that have built and continue to build strong communities (chambers, community groups, and departments, etc) and much more when you visit the Webster County, IA page.