Bridgeport, founded in 1900 as a station by the Burlington Railroad, celebrated its centennial in 2000. The town is located on or near many historic trails of the West, including the Oregon, California. Mormon, Pony Express, and Sidney-Black Hills Trails. Courthouse and Jail Rocks, south of Bridgeport, were landmarks mentioned in many travelers' journals.

In 1876 Henry T. Clarke constructed a bridge across the North Platte River, three miles upstream from the future site of Bridgeport, to improve the trail from Sidney to the gold-mining towns of the Black Hills. Freight from Sidney and gold from the mines flowed across the bridge for nearly a decade. A village named Camp Clarke sprang up nearby.

The coming of railroads to the North Platte Valley established Bridgeport and brought increased settlement to the area. Irrigation projects in the early 1900s promoted agricultural development. Bridgeport became the seat of newly-designated Morrill County in 1908. It remains a stable community, whose economy is based on agriculture, railroads, and government. 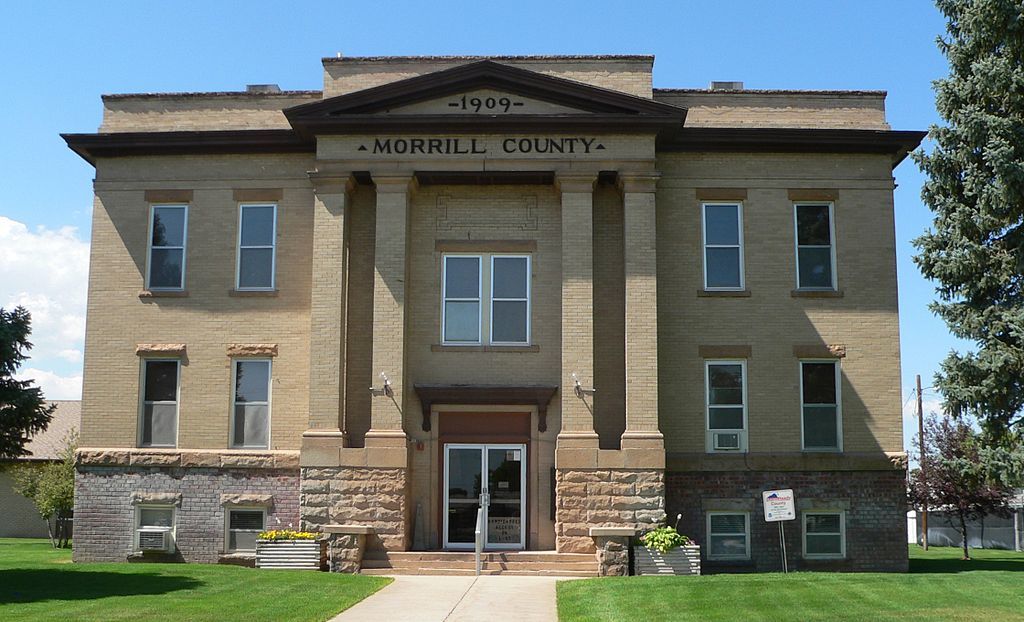 Visit our county page and you will find information about our town and county's points of interest, festivals/events and faith community. You also will learn about the community organizations that have built and continue to build strong communities (chambers, community groups, and departments, etc) and much more when you visit the Morrill County, NE page.