In 1833, preacher and entrepreneur James Keyte donated land to allow a small community to escape repeated flooding. Keytesville, as the town became known, underwent a boom in population and became the county seat. Over the years the town has been the home of Confederate General Sterling Price and birthplace of General Maxwell Taylor and sports star Cal Hubbard.

Although officially organized in 1833, the town of Keytesville has its roots in the small village known as “Old Chariton.” Sitting on the banks of the Chariton and Missouri Rivers, for many years this village served as the center for county business. Repeated river flooding necessitated a location on higher ground. In 1830, Englishman James Keyte, a Methodist preacher and entrepreneur, purchased a large parcel of land. Some two years later he donated fifty acres of it to Chariton County, for the purpose of establishing a centralized seat of county government. James Keyte constructed the first home in Keytesville, as well as the first business—which doubled for some time as the post office. He also constructed a water mill near his home on Mussel Fork Creek. In 1842 Isaac Redding opened Keytesville’s first hotel.

One of the first constructions in the new town was the county courthouse, a brick building which stood until the Civil War, when Confederate raiders burned it in 1864. After the end of the war, a second courthouse was built and served the county until 1973, when it too burned beyond repair. By the 1890s, Keytesville had grown to include two newspapers, two banks, two hotels, a distillery, restaurants, and several merchants. With the Wabash Railroad line over a mile outside of town, transporting goods became an issue, so in 1889 Hugo Bartz and J.J. Moore led construction efforts for a streetcar line that would offer transport for both cargo and people between the town and the rail depot.

Over time, the community of Keytesville has decreased. However, the community retains a strong farming tradition, as well as supporting several local businesses, restaurants, a school, and tourist attractions. 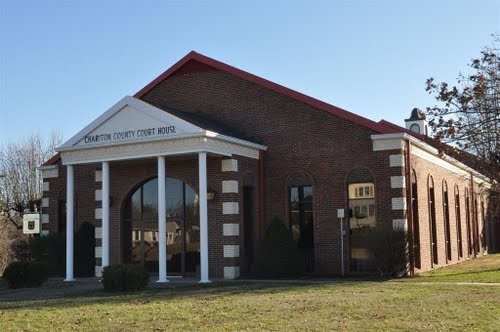 Visit our county page and you will find information about our town and county's points of interest, festivals/events and faith community. You also will learn about the community organizations that have built and continue to build strong communities (chambers, community groups, and departments, etc) and much more when you visit the Chariton County, MO page.