In 1803, the southeast corner of Kansas was a part of the Louisiana Purchase. At that time, all land belonged to the Cherokee Nation and was the home of the Osage Indians. Later, the Frisco Railroad (under a different name) and a few homesteaders (Dosser, Pugh, and Seeley) obtained the land from the Cherokee, and in 1870 established a settlement known as “Hopefield”. This settlement was located on the “Old Texas Road”, an important wagon route and cattle trail from Fort Leavenworth to Fort Gibson in Indian territory. In the late 1860’s, this trail provided the only transportation route for supplies and herds of Texas cattle, north of the Missouri railroads.

In 1868, just prior to the establishment of the new community, Franklin Playter, a lawyer and native of Ontario, Canada, became interested in the railroad boom in Kansas and moved to the area, locating first in Fort Scott, and later moving to Girard, the new county seat of Crawford County. In 1876, the new community, located seven miles east and seven miles south of Girard, was re-designated Pittsburg, a name chosen by Playter in deference to Pittsburgh, Pennsylvania, due to the existence of vast coal fields in the area. It was discovered that a Mitchell County post office already bore the name Pittsburg, so for three years the new town was known as “New Pittsburg”. The “New” was dropped in 1880 upon incorporation of the City.

In 1876, Mr. Playter was consulted by John B. Sargent and E.R. Moffatt, two of the leading smelter and zinc mine promoters of Joplin, Missouri, relative to a railroad being induced to come to the area to haul coal from the Pittsburg area to the zinc smelters in Joplin. Wagons were unable to keep pace with the supply required by the increased business of the smelters, thereby demanding a faster and more direct route. At the urging of Playter, sergeant and Moffatt, the Memphis Railroad was started under the supervision of Col. E.M. Brown. The railroad insisted that, if it was to extend an existing line from Kansas City, through Girard and Baker Township, and on to Joplin, there must be a station in the center of Baker Township. In accordance with this stipulation, the founding businessmen acquired some 1,200 to 1,500 acres of land on which the station was to be located. On May 20, 1876, Playter, Sargent, Moffatt, and Brown filed a plat in Girard for a new townsite containing 160 acres which was to become the present City of Pittsburg. A government marker was placed at the center of the land and each of the four developers owned forty acres, cornered at this intersection which is 4th and Broadway in downtown Pittsburg.

In order to stimulate growth of the new community, Playter, Sargent, Moffatt and Brown, owners of the four segments respectively, had agreed among themselves that each was to erect a building on his land. However, Mr. Playter was the only one of the four to fulfill the agreement, and he built a frame building on the southwest corner of 4th and Broadway.

Although whatever reasons the other three may have had for not keeping their agreement have been lost in antiquity, it is interesting to note that the faithful developer is the only one to be immortalized in present day Pittsburg. Playter’s Lake, located in Lakeside Park, is an attractive recreational facility, providing fishing in the warmer months and supervised ice skating in the winter. Tennis courts and picnic areas are also available in this park.

For many years, coal mining which inaugurated Pittsburg continued as the economic base of the community. It is not known when coal was first discovered, but early history relates the use of “burning rocks” by the Indians. Long before Kansas became a State, settlers were using it as fuel. The first coal was taken from the banks of Carbon Creek where outcroppings were easily accessible to pick and shovel. Carbon Cree, now know as East Cow Creek, passes just east of the City. The point at which the exposed coal was discovered is the Yale-Litchfield area which is approximately seven miles northeast of Pittsburg.

In 1879, two miners from Joplin, Peter and Matt Coyle, sank the first coal mine shaft within a block of Broadway Street, and thus the first commercial attempts at mining began. As Kansas developed into one of the greatest railroading states in the west, increased amounts of coal were necessary to the operation of locomotives, resulting in the railroads acquiring 16,000 acres of the best coal fields in the district. Pittsburg continued its mining development for the next forty years, producing the finest steam coal in the west. With the decline of railroad age came a decline in deep shaft mining. Strip mining, utilizing large machinery, was more economical; therefore, the deep mines became unprofitable and were closed. The decline in metal smelting, the conversion of diesel powered trains, together with the availability of cheaper fuels originally reduced the small mining operations; however, large companies in the area now mine more coal than ever before. For many years the City of Pittsburg utilized coal at the waterworks as the source of power to pump water from the deep shaft wells. Use of coal for this purpose was discontinued in 1948, but the City continued to operate a steam plant which used coal to produce steam for heating most of the buildings in the downtown area up until 1957. “Big Brutus”, the second largest electric shovel in the world used in strip mining operations, is still located near West Mineral, Kansas.

In addition to some coal mining, the economic base of the City now rests on industry. A mean temperature of 60°F, a good labor force, and an abundant supply of water from the Roubidoux sand beds insures a fine background for industry. In 1963, an industrial park was established in the City. Of course, our agricultural surroundings played a part in Pittsburg’s development as well. The city’s industrial progress resulted in a sharp decrease in the area unemployment, from 8.8% in 1961 to 5.1% in 1965. In 1965, the City of Pittsburg, with a population of 20,169, had fewer than 200 persons on the unemployment roll.

In listing industrial assets of the city, it would be improper to omit the educational complex of Kansas State College of Pittsburg. In 1903, 23 years after the incorporation of the city, this school was established as the Auxiliary Manual Training Normal School under the direction of the State Normal Training School at Emporia, with Russell S. Russ as the first principal. In 1913, this school became a four-year institution, independent of the Normal School at Emporia, and in 1923, the name was changed to Kansas State Teachers College. Through the years as the number of students entering college increased, there arose a demand for a broader range of subjects for professions other than teaching. The College became more diversified in its aims and goals, so that it became a multipurpose institution. In 1959 the Kansas Legislature recognized the change in the nature of the institution and changed its name to Kansas State College of Pittsburg. In 1965, Kansas State College of Pittsburg had an enrollment of 5,280 students, an increase of 1,669 since 1961. The college has since been renamed Pittsburg State University. 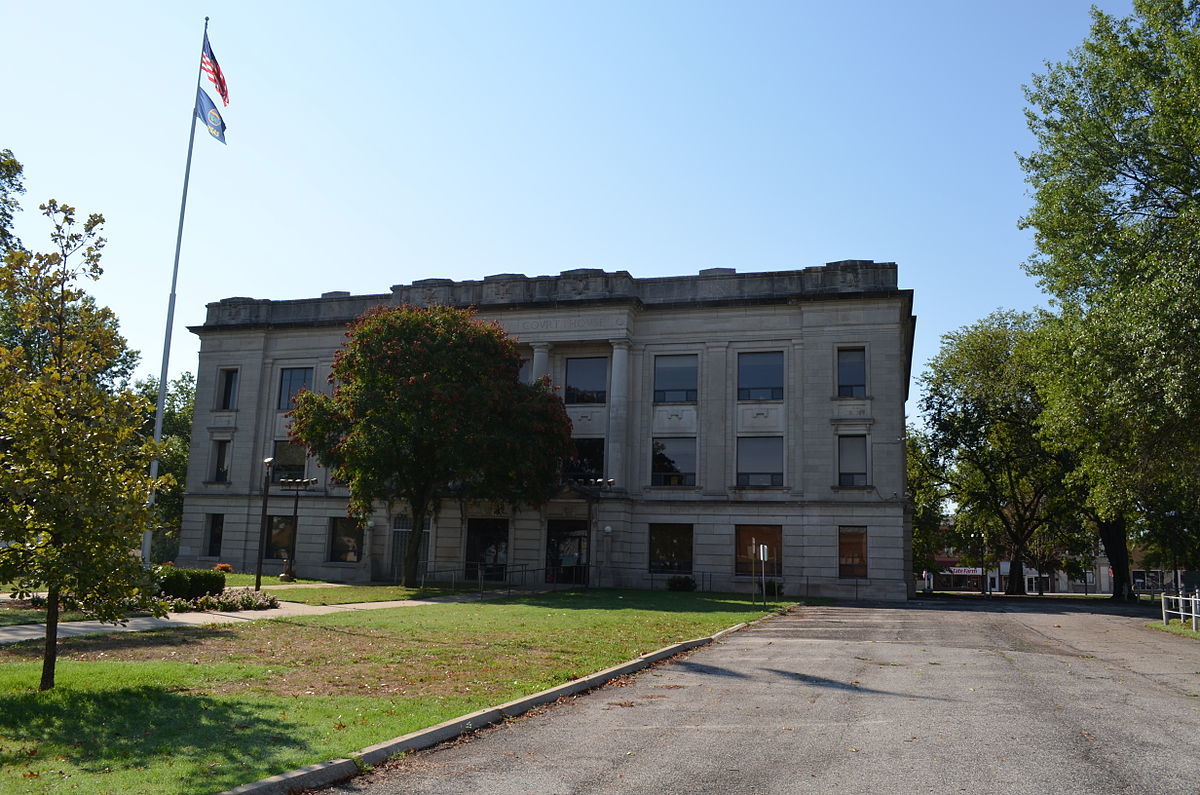 Visit our county page and you will find information about our town and county's points of interest, festivals/events and faith community. You also will learn about the community organizations that have built and continue to build strong communities (chambers, community groups, and departments, etc) and much more when you visit the Crawford County, KS page.