Kalida was located two miles southeast of where Yates Center now stands. The trouble with Kalida as a county seat was that it had no water. The only method of digging wells was with picks, spades, shovels or gunpowder for blasting. Kalida made the mistake of locating itself where these procedures failed to get down to the water. Hauling water with ox teams for the town supply from the Neosho River was 13 miles and not practical. Kalida lost the county seat the next year to the town of Defiance, four miles east. It was soon found that Defiance was also short of water.

On the claim of Abner Yates, there were several springs of "living water", springs that did not go dry, springs that gave the land in that day, the only value it had. Abner Yates was a character of the pioneer sort. He was a brother of Governor Dick Yates, now famous as the war governor of Illinois. Abner was from Jacksonville, Illinois. He was a tall, raw-boned, rail splitting old pioneer, who came to Kansas in the late 1860's after the Civil War to invest in the land. He found a lot of land to invest in Kansas at that time and took all of it that he could pay for. He found springs of water on the high hill where Yates Center now stands. Around the springs he laid out his real estate possessions.

The Abner Yates land was found afterwards to be in the geographical center of Woodson County, although Abner's keen sense of land values were inclined by the water rather than by geographical centers. When the people of Woodson County wanted a county seat with water enough for a cool drink, for cooking, laundry and an occasional bath, the campaign issued was raised; we want our county seat to be in the center of the county.

In 1875 another election was called. Abner Yates laid out a townsite and called it Yates Center. He entered the race along with Neosho Falls, Kalida and Defiance. According to old timers, it was a hot campaign and men who talked freely about their choice for county seat took their lives in their own hands. At a meeting in Defiance, the town leaders were telling a big crowd that the county could not afford to locate the county seat at Yates Center, the land would cost too much. Abner Yates was at this meeting. He was sitting on a fence, and when they said it would cost too much, Abner stood up , raised his hat and shouted "No, it won't cost the county a cent. I will give you all the land you want for a county seat". That settled the election, Yates Center won. It was in the center of the county and it had springs of living water.

That was the beginning of Yates Center. Abner Yates lived here until his death in September 1904. In addition to giving the county an entire block of ground for the courthouse, around which the town of Yates Center is built, he gave the city a park, each church a building location and the first two children born in the town a lot each.

Abner Yates, however, died a poor man. Once a very rich man, as riches were rated in those days, he died in poverty. But he is still revered as an honest man and described to had "leaned over backward in order to be square with everyone." 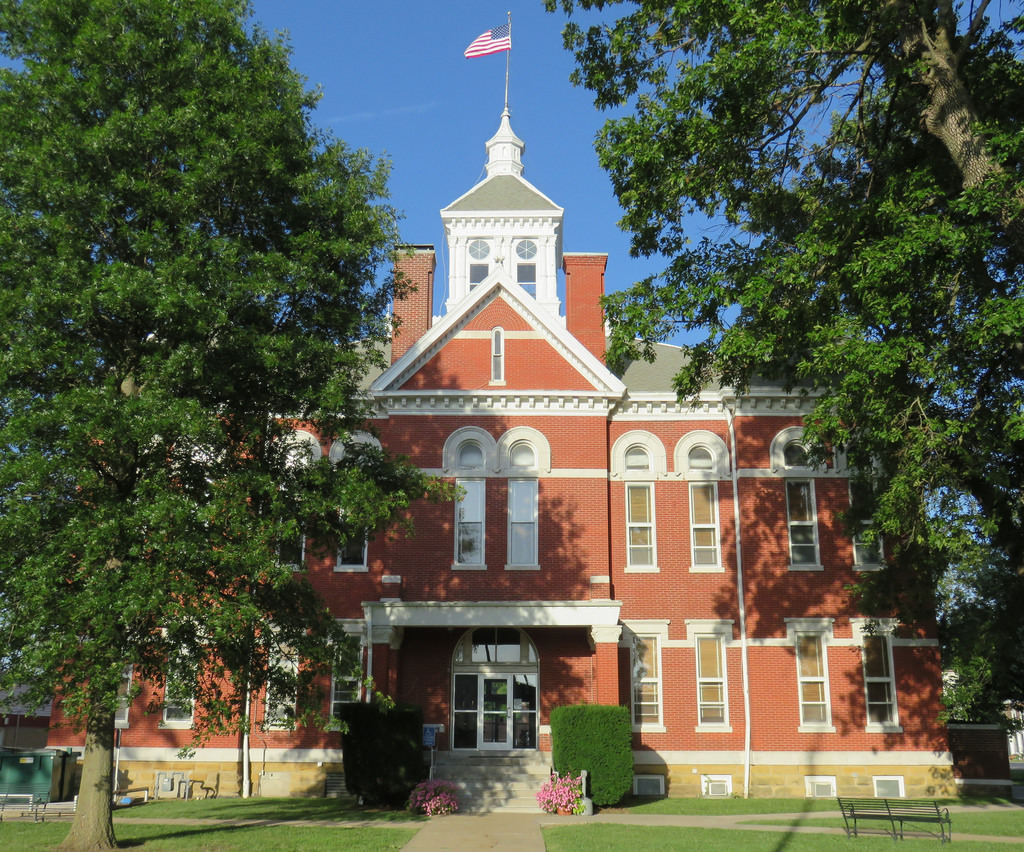 Visit our county page and you will find information about our town and county's points of interest, festivals/events and faith community. You also will learn about the community organizations that have built and continue to build strong communities (chambers, community groups, and departments, etc) and much more when you visit the Woodson County, KS page.