The Other Benjamin Franklin

When the name Benjamin Franklin comes up, most of us will undoubtedly remember a man in Pennsylvania from colonial times flying a kite, writing in a newspaper, publishing Poor Richard’s Almanac, or perhaps being involved in politics. However, there was another somewhat lesser known Benjamin Franklin that had a Minnesota connection during the 1800s. Although he was far less prominent than the Ben Franklin most of us are familiar with in terms of historical significance, this Benjamin Franklin had a very unique story to tell as well.

The Benjamin Franklin having a Minnesota connection was a soldier. He was far less fortunate and not nearly as famous as the other “Benjamin Franklin.” The Minnesota Benjamin Franklin was, regretfully, a very unfortunate soldier. He lost all of his limbs as a result of freezing temperatures while crossing the plains from Fort Wadsworth, Dakotah Territory, to Fort Ridgley in Minnesota, therefore becoming a quadruple amputee. While making this ill fated journey with four of his comrades, they were caught in a ferocious winter storm. They were without food or fire for warmth for eight days. Franklin nearly starved to death until being found by two Indians after the storm had subsided. Unfortunately, the fate of his four fellow soldiers was sealed as they all perished as a result of the storm.

Having lost both his hands and his feet because of the winter storm, Franklin was at that time the only quadriplegic soldier in the United States. Following his ordeal and consequential surgeries, and in order to support himself, he attempted to sell photographs of himself for twenty-five cents each. The pictures included with this article trace his entrepreneurial endeavor from about the mid 1860s up to the 1880s.

Incidentally, Benjamin Franklin had a Martin County connection as well in that he also served briefly at Fort Fairmount. In addition, he at one time lived in Blue Earth.

For more information on historical topics, or to become a member, visit the Pioneer Museum in Fairmont. 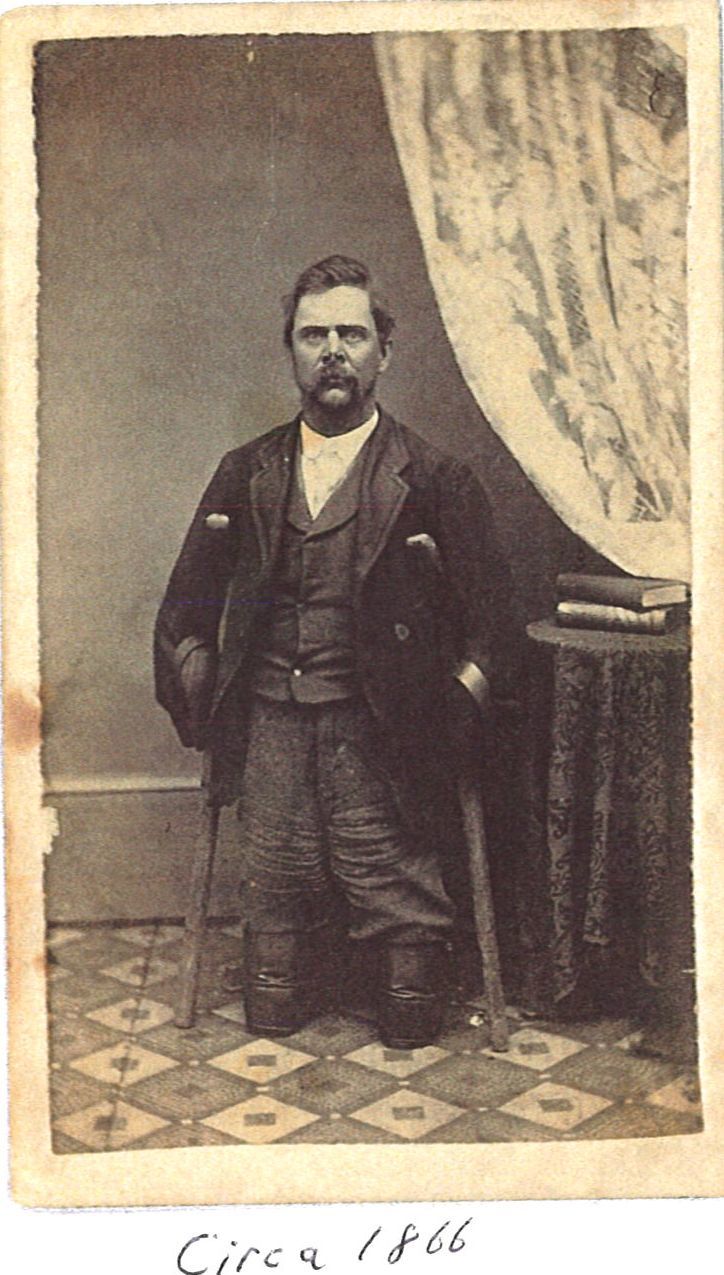