Dr. Orville P. Chubb was called the first practitioner of known medical ability to locate in Martin County, and was appointed Martin County physician in 1867. Chubb was born in Wayne County Michigan in 1830. He graduated from Wesleyan College in Leone, Michigan, and then attended Cincinnati Medical College in Ohio. After graduating from medical school, he married Sarah E. Gorton and began his practice of medicine in Michigan. He and his wife had two children.

Soon after the Civil War broke out, he enlisted in the army and served as a Captain in the medical corps of the 5th Michigan Regiment. He remained in the military until the war ended.

In the spring of 1865, he came to Martin County to obtain land under the Soldier’s Filing Law. He returned briefly to Army service, was discharged with the rank of Brigade Surgeon, and in the fall of 1865 returned to Martin County with Col. Lounsberry after having driven a flock of sheep overland. In 1867, he built his home at 209 Lake Avenue in Fairmont, now known as the Chubb House.

Dr. Chubb was described as a very gentle and quiet individual who became disillusioned with medical practice, primarily as a result of his experiences during the Civil War. However, he willingly and skillfully provided medical service to anyone seeking it until the arrival of Dr. Winslow Hunt in 1871.

In addition to his medical practice, Dr. Chubb had abilities in a number of other fields as well. As a surveyor he platted the village of Fairmont and also laid out the first cemetery, and the first fair grounds. He also located many claims for settlers of that era.

Dr. Chubb constructed bridges across creeks and rivers in the county, he examined clay at various locations to determine any that was suitable for making brick, and he built a kiln that he used for building construction. Other endeavors he was involved with included running a store out of his home for several years, starting the first drug store, building one of the first saw mills in the county, and he ran a grist mill with another settler, Alpha D. Cadwell. He also ran a newspaper, was a charter member of the Chain of Lakes Masonic Lodge, served as a county commissioner, Martin County Treasurer, Martin County Superintendent of Schools, and as Fairmont’s Postmaster. Chubb also owned a substantial amount of property while a resident of Martin County.

By 1873, Dr. Chubb became restless and decided to move on to the frontier of Kansas, Nebraska, and other western states. He finally settled in California where he lived for many years. He never practiced medicine after 1871, and he passed away in Michigan while visiting there in 1894.

Dr. Chubb was known as an individual that was considered a worker for all that was honorable and good. He was remembered for his kindness, worthiness as a friend and neighbor, and for his cheerful temperment. Upon his death, his body was brought back to Fairmont and laid to rest in the Lakeside Cemetery beside his wife and daughter, both of whom predeceased him.

To find out more about Dr. Chubb and other Pioneer physicians in Martin County, or to become a member, visit the Pioneer Museum in Fairmont or its website at www.fairmont.org/mchs 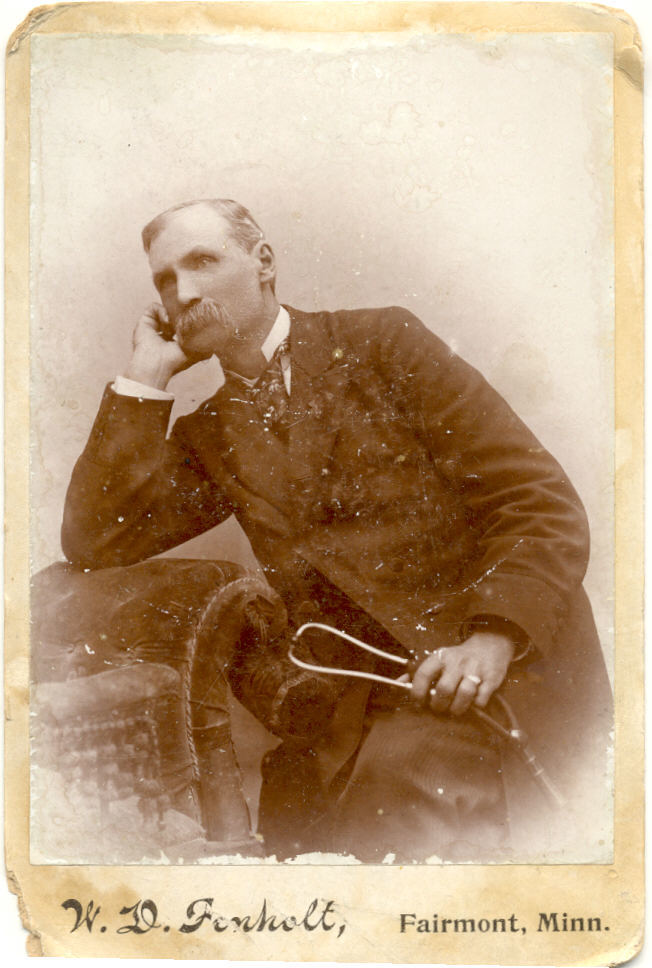