Gordon Everett Kellander was born Feb. 21, 1922, on a farm in East Chain Township to Nathaniel and Edith (Nelson) Kellander. Gordy entered the Army in 1942 and served over three years in WWII with the 50th Combat Engineers attached to the 7th Infantry Div. He served in five campaigns in the Pacific Theater. Upon his return, he learned to fly and served with the Civil Air Patrol.

Gordon started his own business in the Fairmont area and worked as a farm drainage contractor for more than 40 years. He was married to Constance Jean Morrison on May 13, 1950. They lived in Fairmont for 28 years, and then moved to Silver Lake Twp. Connie passed away in 1993.

Gordy was a kid at heart with a sense of wonder about the world, with a dry sense of humor and a quick wit. He loved fishing, flying, traveling and reading everything to do with science, current affairs, economics and Ufology. At various times, he was associated with the Conservation Club, Cardinal Flying Club, the Civil Air Patrol, the American Legion, VFW and Mufon. 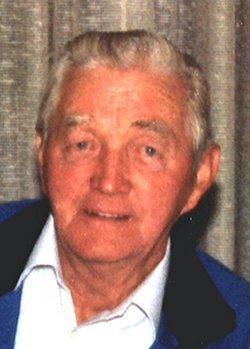