Ahead of Her Time

In today’s world, the goal of many women is to shatter the so called “glass ceiling” in attempting to advance in their professions and attain their career aspirations. As most are well aware, this accomplishment has not happened overnight, if at all, and was significantly more difficult to accomplish during the previous century. However, there were those women that achieved a great deal during that period of time in spite of the many roadblocks they faced.

One of those women was Martin County native Helen Jagodzinske. She was born in 1917, she attended and graduated from Welcome High School, and she then furthered her education at Mankato Commercial College. After college, she moved to Chicago to work.

When Pearl Harbor was attacked in 1941, she decided to enlist in the Women’s Auxiliary Army Corps (WAAC), later becoming a WAC. She was stationed at Camp Grant in Rockford, Illinois. While there, she became a member of Camp Grant’s WAAC Softball Team. As a member of the softball team, she had the envious opportunity to play at Wrigley Field in Chicago facing the Fort Sheridan Softball Team. It’s interesting to note that women’s leagues were made popular during the war years in an attempt to remedy professional baseball’s wartime decline. The accomplishments and popularity of those teams was instrumental in inspiring the 1992 movie, “A League of Their Own,” that characterized, and perhaps glamorized, the teams and players from that era. Consequently, this Martin County native was conceivably making history in ways that she likely had no knowledge of at the time.

Her military experience continued by taking Signal Corp training. Following her instruction, she was eventually stationed in New Guinea and served out her tour of duty there until the war ended. She was discharged in 1945.

Upon completing her military service, she embarked on a career in the Federal Civil Service. In 1946, she moved to Washington, D. C., and was assigned to the Adjutant General’s Office in the Pentagon. She spent her career there and received numerous awards and commendations reflecting the quality of her accomplishments during her employment. She retired in 1973 as a Security Specialist.

In any event, this Martin County native was certainly a part of making history that was exemplified by her role in the military, her career in civil service, her many years at the Smithsonian Institute, as well as the unique opportunity she had to experience playing softball at Wrigley Field in Chicago. Welcome native Helen Jagodzinske is but one of the many individuals born and educated in Martin County that have gone on to make their mark in a positive manner, thereby contributing to the betterment of our society in a wide variety of ways and professions.

For more information on this topic, or to become a member, visit the Pioneer Museum in Fairmont or its website at www.fairmont.org/mchs 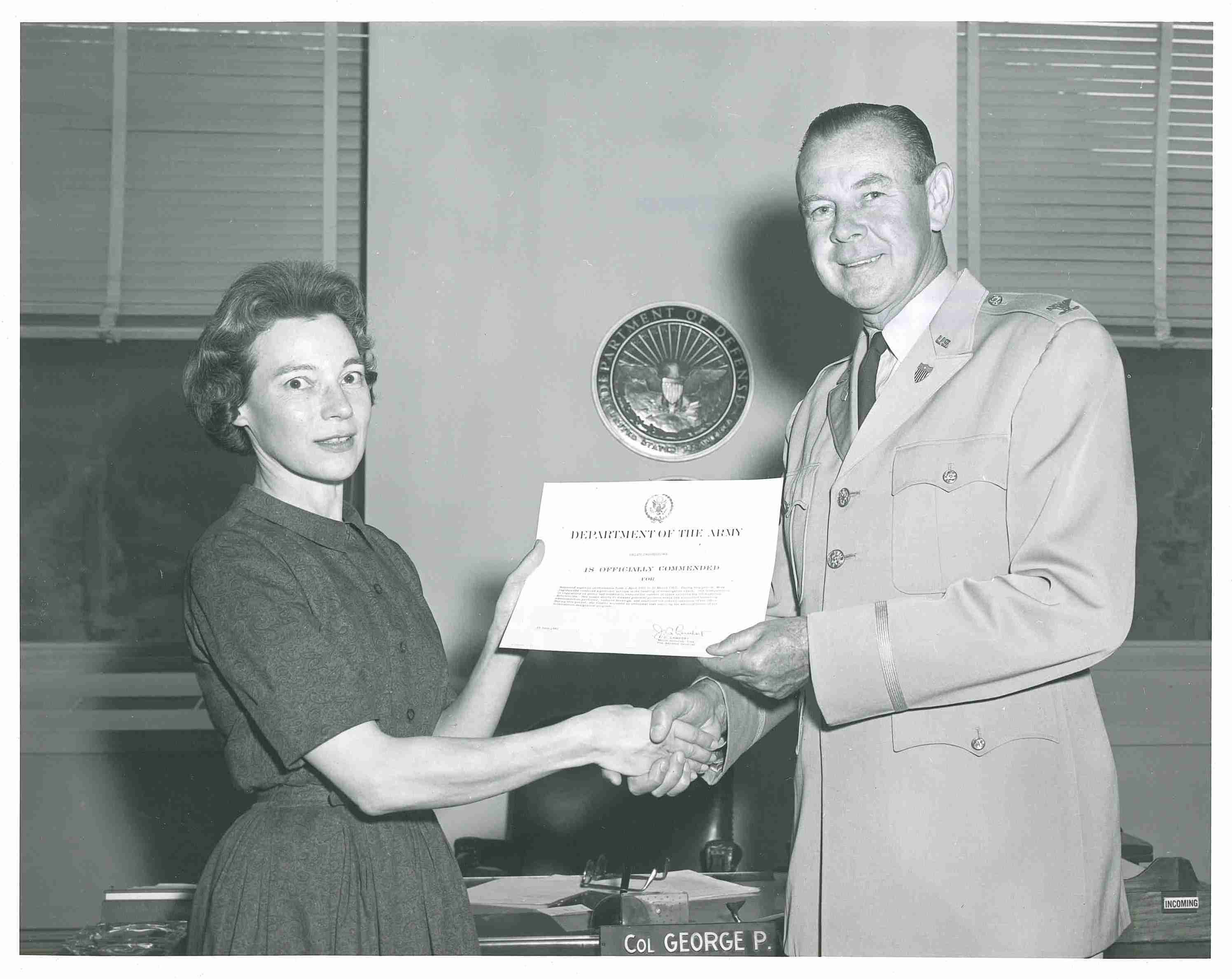