Memorial Day is more than a three day weekend. It is the day that is put aside to remember those who have given their lives for freedom and to pray that others will never have to die for us again. It was originally called “Decoration Day,” a time set aside to decorate graves with flowers following the Civil War. Lives lost in the Civil War totaled 618,000, nearly one-half of the 1,264,123 total American lives lost in all wars to date.

In 1868, Major General John A. Logan of the Grand Army of The Republic declared that “Decoration Day” be observed on May 30th. Then, in 1968, Congress passed the Uniform Monday Holiday Act to create three day weekends.

The following is an account of the Civil War experiences of John O. Anderson of Dunnell as recorded in the history file archives of the Pioneer Museum.

Anderson was born in Sweden in 1843 and came to America in 1853. He took pride in the fact that he voted in every election but one since voting for Lincoln in 1864. He enlisted in the Army in Lancaster, Wisconsin, in 1862. His military physical involved running, jumping, and doing handsprings to see how his muscles reacted. He was quite concerned that he wouldn’t pass since he had just recovered from having malaria. He noted that some of the biggest and strongest men were rejected because of poor feet.

However, he passed his physical and was then put into what he described as a big room with boxes where he was fitted with a uniform.

After his induction, he was sent to Alexandria, Virginia, following several other stops along the way. He stayed there for two nights with nothing to eat and nowhere to get any food. Before becoming adjusted to marching, his feet became blistered. He had heard that putting whiskey in his shoes would help. Consequently, he got a bottle of whiskey and poured some in his shoes. However, the effect was that his feet then felt as though they were on fire. He poured the whiskey out of his shoes, then took a drink from another bottle of whiskey and soon forgot that his feet were blistered. Apparently the better cure for blisters was to put the whiskey in his stomach rather than soaking his feet in it.

He was more than a bit unlucky as he was taken prisoner of war in the first battle he encountered. This was the second Battle of Bull Run. His assignment was to carry water for the soldiers and in doing so he inadvertently walked into a Confederate encampment. Ironically, Stonewall Jackson walked up to him and asked why he wasn’t with his regiment. Anderson, in attempting to bluff Jackson, said he was in the South Georgia regiment. However, Jackson wasn’t fooled and Anderson was taken prisoner. He was kept prisoner for six days before being taken to Philadelphia. The conditions he described while there were so bad that strong men came in to look, then stepped outside and fainted from the sight.

Eventually, he was “swapped” back on a prisoner exchange program and encountered his second battle at Rapidan all the while being hounded with cooties, or as they called them, “graybacks.” Anderson said that the soldiers kept busy hunting the “cooties” with clubs. They must have been some “well-fed” cooties.

He rejoined his regiment in Fredricksburg only to find out that he had been marked as a deserter. There were many others in the same predicament, however, this error was eventually remedied and they were given credit by their captain.

From there he had a number of nerve wracking battle experiences. In one instance, he was a spectator to a battle without being a part of it in the Shenandoah Valley. He described the battle where the men would advance, halt, and fire, and that with every volley the lines quivered and shook like grass being cut by a mower. He said it was a terrible thing to witness.

In another instance, he encountered a person dressed as an old man, although, he was in fact a young man. He was, in fact, a spy who was busy gathering information for the enemy. A short time later he came across that same individual in the woods having been hanged for espionage.

In another rather bazaar experience, he had been given a new testament which he put in his pocket next to his heart with a novel he had been reading. Ironically, a bullet struck him in the chest piercing the New Testament but becoming lodged in the novel. The impact of the bullet knocked him down he was thought to have been killed. However, he was very much alive thanks to the novel and the New Testament.

At one point he considered suicide, another time he had his horse shot dead from under him, and finally he contracted measles that was thought to be small pox that in turn caused him to be isolated in a log hut with small pox patients. Anderson survived and was taken to a hospital in Philadelphia to regain his health. While recovering in the hospital, he had the opportunity to meet and shake hands with President and Mrs. Lincoln who happened to be visiting at the time.

Anderson’s Civil War experiences are undoubtedly life altering, as are those that have experienced combat in the many wars that followed. Memorial Day is important to those who have given their lives so that our country can celebrate freedom. Everyone needs to remember, honor, and respect what has been done for us by those who have served.

For more information on this topic, or to become a member, visit the Pioneer Museum in Fairmont or its website at www.fairmont.org/mchs 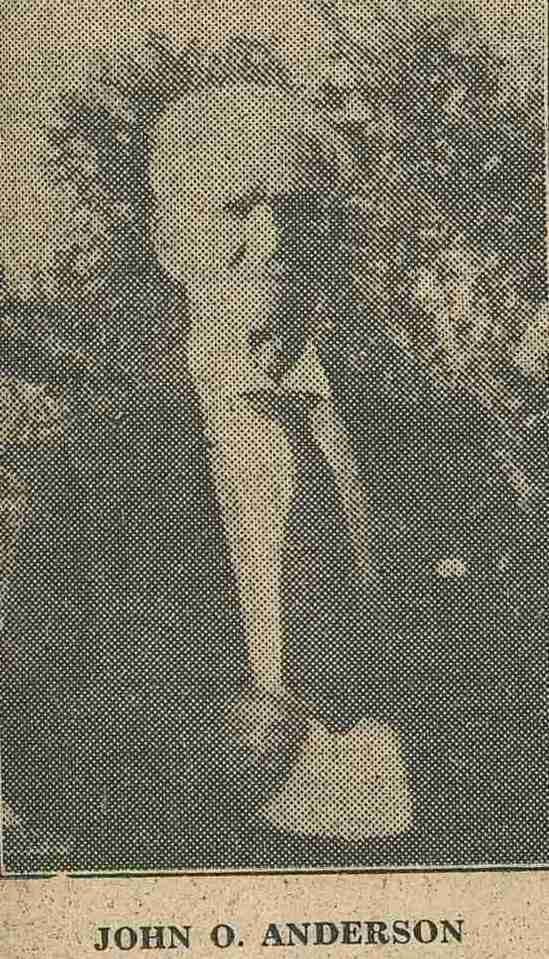