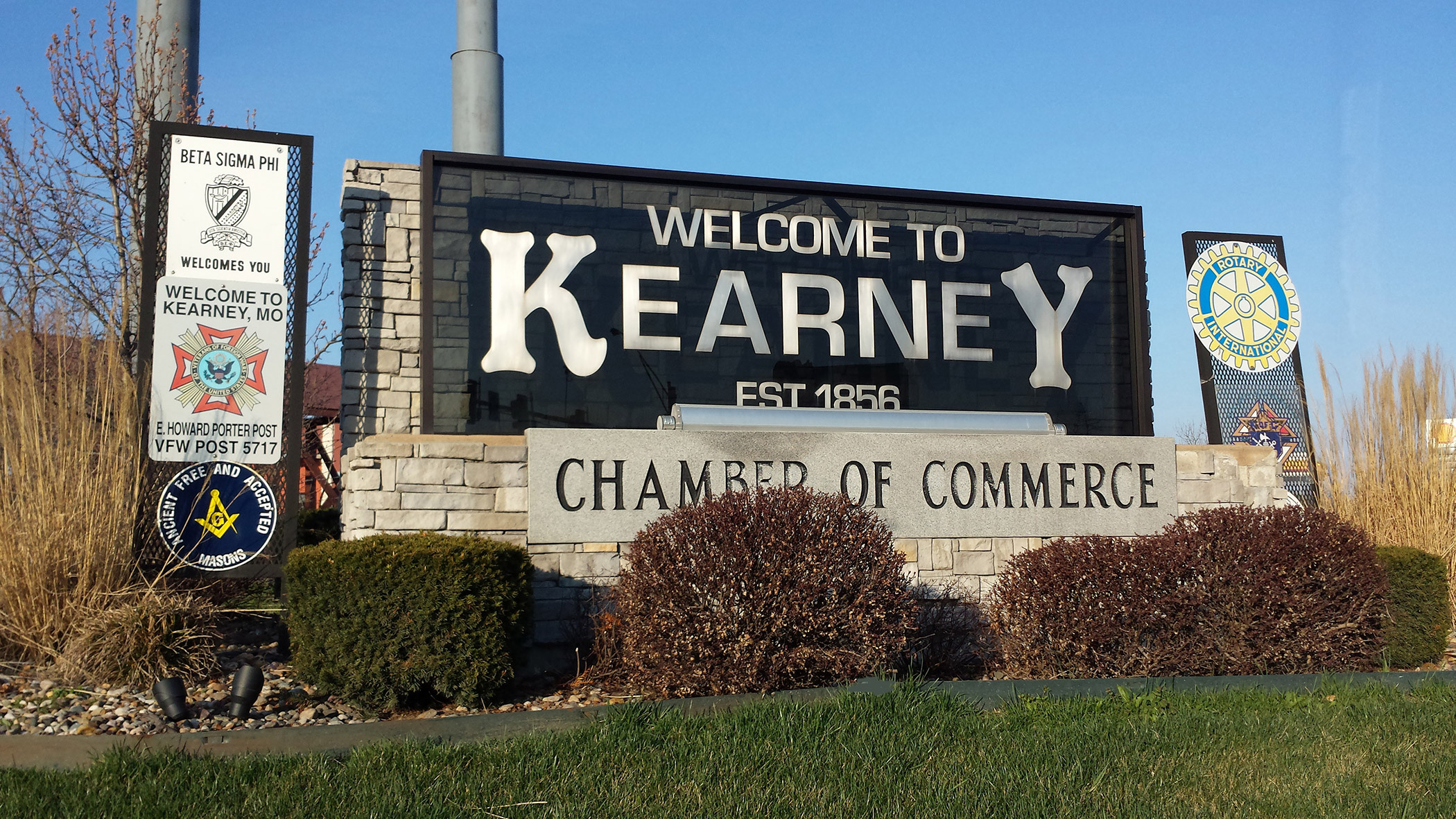 Kearney Missouri is one of the fast growing cities in Missouri. Strong economic growth coupled with a well developed Master Plan have helped Kearney move forward.

Kearney, located in Clay County, Missouri is approximately 15 miles northeast of Kansas City, Missouri. State Highway 33 runs through from the North to the South and State Highway 92 runs from East to West and 1-35 runs near the western boundary.

What is now the Southeastern portion of the town of Kearney was originally called Centerville, and was laid out by David T. Duncan and W.R. Cave in the spring of 1856. Duncan lived on and owned the South half of the site of Centerville. Cave purchased the North half from his father, Uriel Cave, the original owner. The first houses were built by Adam Pence and W.R. Cave, and theirs were the first families In the village.

Barney Spencer, a Kentuckian, owned the first store in Centerville, which was conducted for time some in the beginning by his brother-in-law, Sam Trabue. The second store was owned and run by John Wade, of Ohio. These stores were established in the spring of 1857. John Gilboe had the third store. A school house was built in about 1858 by W.R. Cave.

Upon the outbreak of the Civil War, Centerville contained about 20 families, but when it closed there were only two or three. During the war only two houses were destroyed, however, and these were burned by the Federals-- Ford's and Jeanison's men. They were owned by John Corum and John Gilboe, but at the time they were burned, Dr. Cravens lived in Corum’s house, and W.R. Cave had a small grocery in Gilboe’s building. The Federals claim that they did the burning in retaliation of Mr. Bond by the bushwhackers.

Points of Interest of Kearney, Mo

Visit our county page and you will find information about our town and county's points of interest, festivals/events and faith community. You also will learn about the community organizations that have built and continue to build strong communities (chambers, community groups, and departments, etc) and much more when you visit the Clay County, MO page.