Clay County was settled primarily from migrants from the Upper Southern states of Kentucky, Tennessee, and Virginia. They brought slaves and slaveholding traditions with them, and quickly started cultivating crops similar to those in Middle Tennessee and Kentucky: hemp and tobacco. Clay was one of several counties settled mostly by Southerners to the north and south of the Missouri River. Given their culture and traditions, this area became known as Little Dixie. In 1860, slaves made up 25% or more of the county's population. Residents generally supported the Confederacy during the Civil War, as the Confederate flag flew over the county courthouse for many years following the end of the Civil War.

Many members of the Latter Day Saint movement found refuge in Clay County in November 1833. In 1836, mobs drove the members of the church from the county. Leaders of this church, most notably Joseph Smith, were imprisoned for some months in Clay County in the jail at Liberty. In May 2012, the LDS Church opened a Kansas City Missouri Temple six miles southwest of the Liberty Jail site at 7001 Searcy Creek Parkway in Kansas City, Missouri. 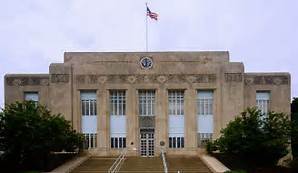