Chickasaw County was founded in January 1851. It was named after the Chickasaw tribe, which lived in the Southern United States at the time.

The first nonindigenous settlers arrived in 1848 and the first county seat was from 1854 in Bradford, in the southwestern corner of the county. In the spring of 1857, the seat was moved to New Hampton, located near the geographic center, and was then called Chickasaw Center. The first county offices were housed in private houses and in the school building. The first courthouse, a wood frame building, was erected in 1865. That building was enlarged in 1876, but a fire on March 26, 1880 destroyed it (townspeople managed to save the records). A brick/stone replacement structure was completed in 1881, and included a soaring clock tower. This building was enlarged in 1905 and again in 1906, but by the twenties it again was too small. The present structure, featuring Bedford stone, was built in 1929 and put into use in 1930. 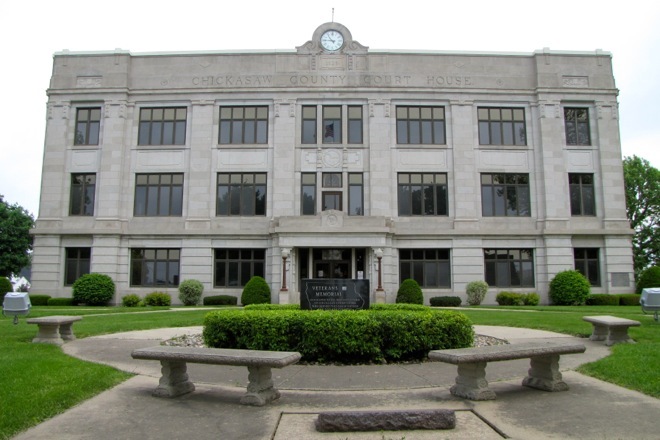