Big Stone County received its name from Big Stone Lake. The name was a translation of a Sioux name for the outcrops of granite and gneiss found in the Minnesota Valley not far away.

Big Stone was established as a county by an act of the Legislature in 1862. No attempt to organize a county government was made until 1873, when Gov. Horace Austin appointed three commissioners for that purpose. These appointed commissioners did nothing, and in March 1874, Gov. C. K. Davis appointed three others who met and named a chairman and an auditor. At their second meeting on July 20, 1874, other county officers were appointed, the boundaries of three commissioner districts were laid out, and the county seat was located at Ortonville. Soon afterward four election precincts were established. A full set of county officers, with the exception of a clerk of the district court, was elected in the fall of 1874. The county continued to function until the men elected in the fall of 1876 took office at the beginning of 1877. As a test of the validity of the county organization, suits were brought to oust these officers. The Supreme Court held that the power or "organizing" a county rested solely with the Legislature and that Big Stone County was merely "established" by that body. The county therefore had not been organized and no offices existed. The county remained unorganized until 1881, when an act of the Legislature declared it organized. The county was divided into five commissioner districts in February 1881. 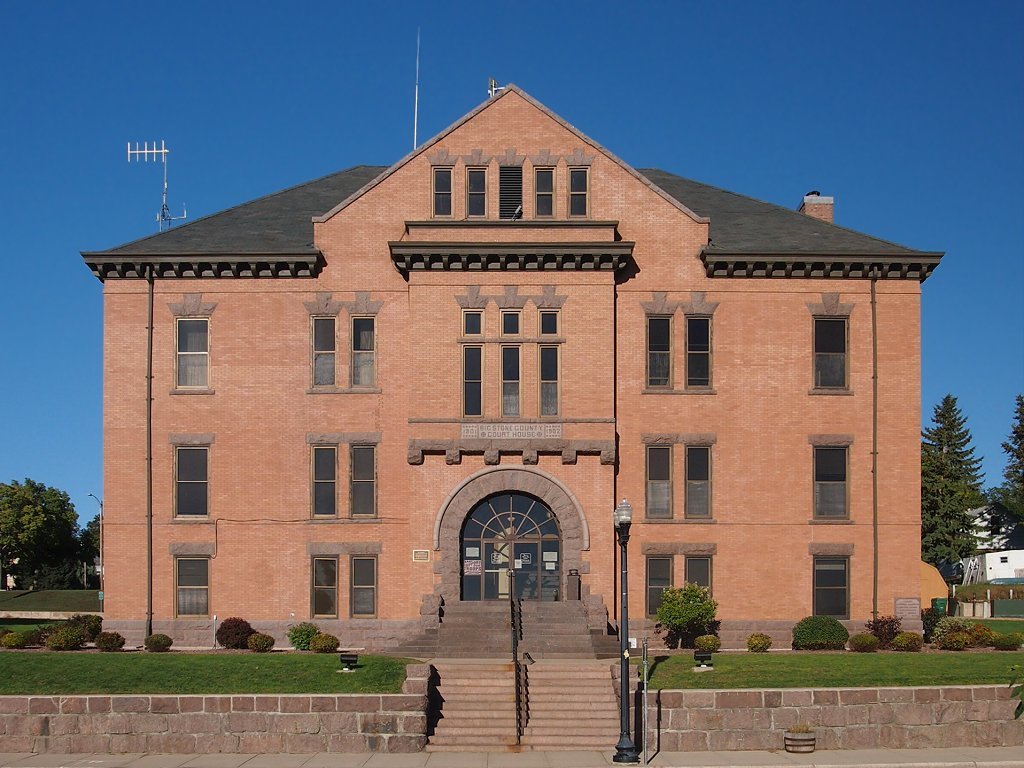