John was born in Lake View but later lived in Auburn. He was enlisted on January 10, 1942 and assigned to the Second Marines. He was wounded in the Guadalcanal Campaign and came back to the States for medical attention, and was shipped out again in June 1944 to the Hawaiian Islands with the Fifth Marines. He participated in the Battle of Iwo Jima starting on February 19, 1945 and was killed in action there on March 21, 1945. He was buried on Iwo Jima, but later brought back to the United States and laid to rest in Wall Lake Cemetery. 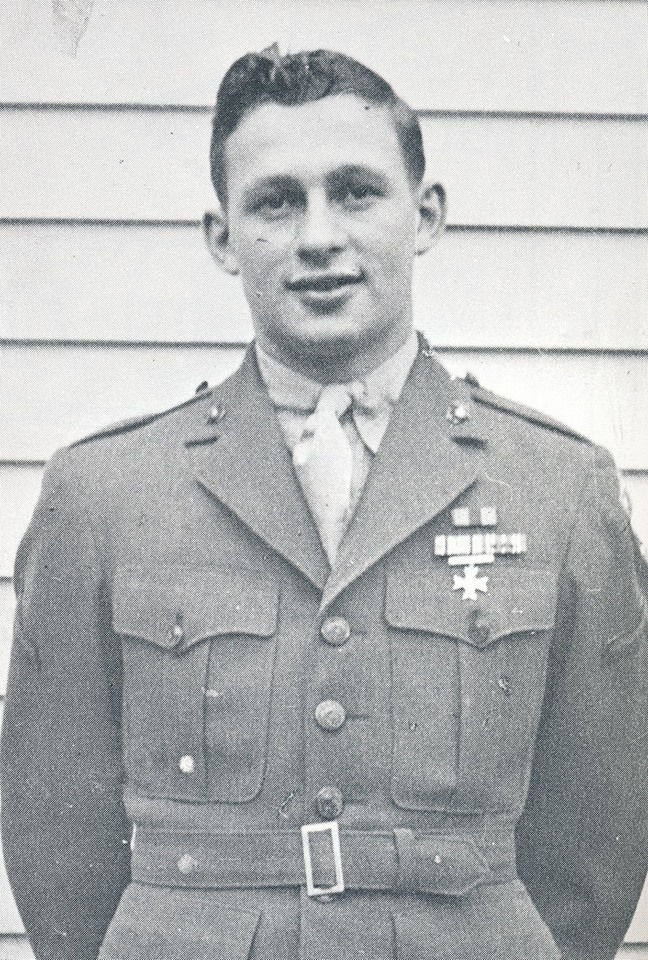