Adair County was established in 1851, and named for John Adair, General during the War of 1812 and 6th Governor of Kentucky. The General Assembly appointed three commissioners to locate a county seat. They selected Summerset (now Fontanelle) in 1855. The first courthouse was built a year later. Native lumber and hardware were hauled by wagon from Keokuk for the building. This building burned down in 1910.

The town of Greenfield, located near the center of the county, was laid out in 1856. From this time on, people of Greenfield fought to have the county seat moved to Greenfield. A petition was signed by 91 voters in 1858 to have it moved, but at the same time, another petition containing 137 signatures was presented to keep the seat in Summerset. 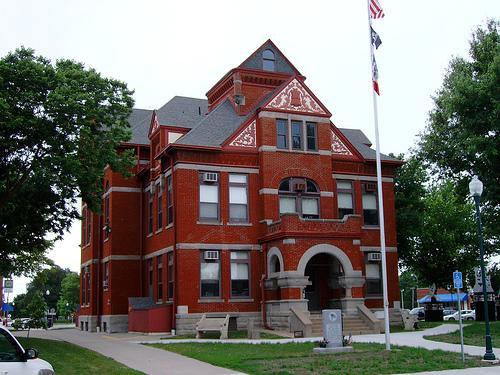