Pipestone County was established in 1857, but it was still many years before European-American settlers came to live in the county. The region had been visited by explorers and traders, but settlers stayed away, considering the county "Indian territory," until well after the Civil War. In 1837 the United States government negotiated treaties with the Sioux and the Ojibwa, who held title to the entire Minnesota  region, to give up lands in the triangle bounded by the St. Croix and Mississippi Rivers and by a line drawn eastward from the mouth of the Crow Wing River. As soon as the treaty was signed, lumbermen moved into the region, and settlements rapidly grew up at Stillwater and St. Paul. Further treaties with the American Indians, combined with the growing might and population of the United States, eventually opened up the rest of Minnesota for settlement. Alarmed at the number of settlers entering the region, the Sioux rose in August of 1862, which resulted in nearly all the Sioux being expelled from the State. During the 38 day war, 500-800 American settlers and an unknown number of Sioux were killed. After this war, immigration grew in the western Minnesota. The first Pipestone County survey occurred in 1871, but the surveyors neglected to mark the Sioux reservation on the drawing of the land that was later named Sweet Township. The town of Pipestone, Minnesota, county seat of Pipestone County, was first platted from 1873 to 1874, and finally incorporated on February 1, 1891. Two individuals, Charles H. Bennett and Daniel E. Sweet were instrumental in the founding of Pipestone. In April 1873, Sweet surveyed the 20-block townsite in Section 12 of the township which was later to be named Sweet. The town itself was located near the center of the county, a mile south of the quarries where the red pipestone is found, and for which both the town and county are named. 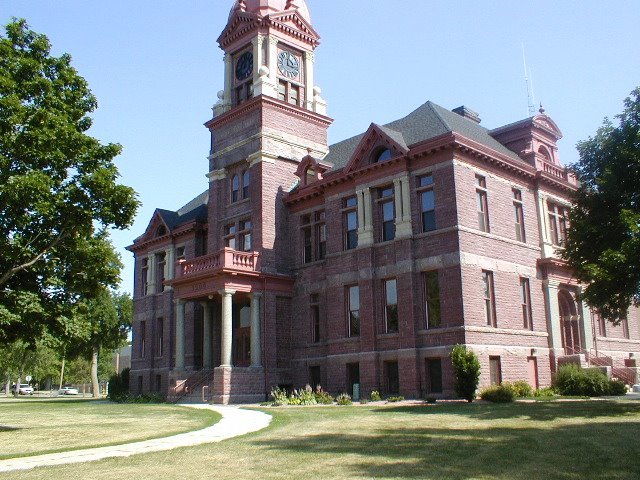