Calhoun County was formed on January 15, 1851 from open land originally named Fox County. It was renamed in 1853 after the seventh US Vice President secessionist John C. Calhoun. When the tracks of the Illinois Central Railroad were laid through the county in 1870, the county seat was moved from Lake City to Rockwell City. The first train reached Rockwell City on August 7, 1882 and the population count doubled in the same year. The first courthouse, built of wood, burned to the ground in 1884 and the county government moved into a nearby hotel. In 1913, the current courthouse was built. 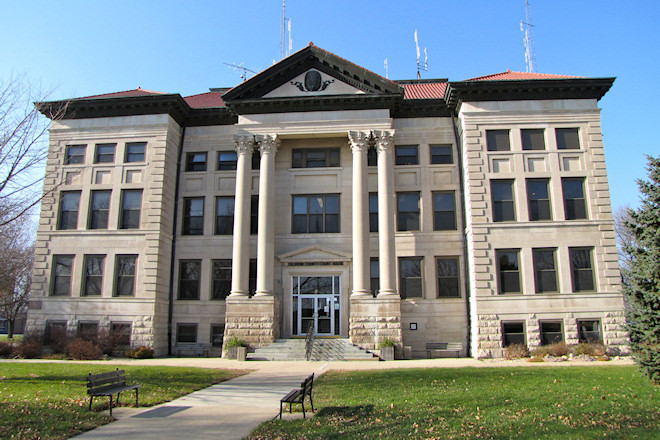