Delbert Herman Berninghaus, son of Rudolph and Meta (Bierstedt) Berninghaus, was born May 19, 1923 in West Bend, Iowa. He received his education in West Bend and graduated from West Bend High School. Delbert farmed in the area until he was inducted into the United States Army.

Delbert served in World War II, fighting in the Battle of the Bulge and later was taken prisoner in Nazi Germany. He remained a P.O.W. until his escape from the camp he was held in. Delbert was honorably discharged and received the Purple Heart and the Bronze Star for his service to his country.

After returning to the United States, Delbert was united in marriage to Irene Balgeman on April 22, 1946, at Peace Lutheran Church in West Bend. Four children were born to this union. Delbert was a third generation dairy farmer and resided on the Century Farm near West Bend.

Delbert was a member of Peace Lutheran Church in West Bend where he served as a trustee and taught Sunday School for many years.

Delbert’s time as a veteran was very important to him and it was his hope to share his story with adults as well as children. He was able to do this by speaking at various schools in the area, participating in Memorial Day celebrations and by writing a book sharing his story about being a P.O.W. in World War II. He was active in the V.F.W. and American Legion Post #151, serving as commander. He was also the Commander for the P.O.W. Association of Iowa for two years.

Delbert was instrumental in starting the Community Center in West Bend and was awarded the Outstanding Volunteer Services to the State of Iowa award. He was in charge of Dinner Date for many years and was a member of the Isaac Walton League.

When Delbert was not busy on the farm, he enjoyed raising Canadian geese and watching wildlife. He was also a very talented singer and shared this talent by singing at church services, many weddings and he was a member of the Iowa Cornbelt Barbershoppers.

Delbert passed away Monday, November 3, 2014 at Lakeside Lutheran Home in Emmetsburg, Iowa at the age of 91. 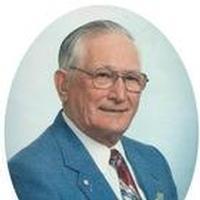