Don was born on September 24, 1929 and grew up in the Emmetsburg area. He and Margie met while in the Canter Club, and were married May 29, 1949 at the ages of 19 and 17, respectively. The next week, they moved to Sprague, Washington where Don was employed as a foreman with the Northern Pacific Railroad. Eventually Don and Margie moved back home and Don worked about ten years for the Iowa Highway Maintenance division, transferring to Spirit Lake in 1968. He built several houses for his family and was perhaps most known in the area for remodeling an historic cottage originally built in the 1890’s on the south shore of Big Spirit Lake. He also started and operated Don’s Pest Control for many years, which is still in existence today. Later, after living and working in the Denver, Colorado area, Don and Margie retired and returned to Emmetsburg in 1992 where they lived until moving to Katy, Texas to live with their son and his family in July of 2014.

Don served in the Marines during the Korean conflict, and the discipline and patriotism he learned in the Marines never left him, as friends and family will attest. He loved to hunt, fish, camp, ride motorcycles and fly airplanes, and his family-man and small-town values will truly be missed. 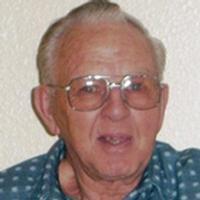