Virgil Eugene Bleckwenn, son of Daniel and Anna (Twait) Bleckwenn, was born July 6, 1934, near Fairville, Iowa. He attended country school at Fairfield Township #2. Virgil began helping his father on the farm at the age of eleven.

He served in the United States Army from 1957 until 1959. Virgil was stationed in Germany until being honorably discharged. After returning to Iowa, Virgil went back to farming and had a dairy farm for thirty six years. Virgil was united in marriage to Dorothy Staver on May 1, 1957. To this union five children were born.

One of the things he enjoyed most was attending dairy sales. He also liked shopping for vehicles. No one had cleaner vehicles and equipment than Virgil did. He was also a fan of NASCAR racing and he was a meticulous bookkeeper.

Virgil was united in marriage to Betty (Frederick) Ordiway on January 14, 1982 in Canton, South Dakota. Virgil was a member of St. Luke’s Lutheran Church in Fairville. He was

also a member of Farm Bureau, Farm Credit and the American Legion in Fenton.

Virgil passed away Thursday, September 25, 2014 at Lakeside Lutheran Home in Emmetsburg, Iowa at the age of 80. 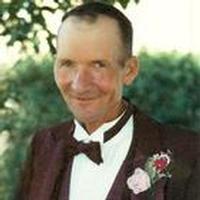