William Bill Burdick, Sr. was born on April 11, 1952 in Sioux City, Iowa, to Robert, Sr. and Joyce Burdick. Bill served in the 185th Air Guard as a technical Sergeant. Bill married Janis DeGunther on July 31, 1976 in Sioux City, recently celebrating 36 years of marriage. They made their home in Emmetsburg in May 1983. Bill was the Manager of Mid-American Energy (formerly Iowa Public Service (IPS) Electric), taking early retirement at the age of 44. He was very involved in the Emmetsburg community, where he acted as Chamber of Commerce President (1985), introducing the weekly Chamber of Commerce Coffee visits and hosting RAGBRAI's visit to Emmetsburg in 1985. Bill also owned and operated Wild Bill's car dealership in Emmetsburg. In 1986, Bill was awarded the Charles Hughes â??Citizen of the Yearâ?� award. He also served on the Country Club Board and was a member of the Kiwanis, Masonic Lodge and Consistory, and Abu Bekr Shrine. Bill enjoyed life to the fullest, having obtained his pilot and real estate license following his early retirement. On most summer days, he could be found on his pontoon with his family and friends on Five Island Lake. A car guy from the earliest of ages, he enjoyed restoring antique cars and took great pride in showing them to other car enthusiasts. Perhaps the greatest role that he played was that of â papaâ to his granddaughter Caroline. Bill Burdick, Sr. passed away at home on August 3, 2012 surrounded by family and friends after a courageous battle with cancer. 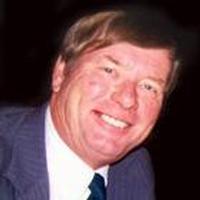