John M. Blake, son of George and Edith Blake, was born August 4, 1937. Jack grew up on a farm near West Bend, Iowa and graduated from West Bend High School. He proudly served his country as a three year United States Navy veteran, spending two years aboard ship in the Atlantic and one year in the Undersea Warfare Department in the Pentagon Building in Washington, D.C. After being discharged from the service, Jack completed his Bachelor's Degree from Wayne State College in Wayne, Nebraska. While a student there, Jack excelled on the Wildcat's Baseball team. He received his teaching degree and coaching endorsement and enjoyed both positions very much, developing lifelong friendships. After several years of teaching Jack began a career in banking serving as a bank executive for many years at the Laurens State Bank. After his retirement Jack began working at the Martin-Mattice Funeral Home, where he was currently employed.

Jack was united in marriage to Mary Kane in 1961. They would have celebrated their 50th wedding anniversary in August 2011. Jack and Mary had three daughters, Kari, Jackie and Angi. Jack was a devoted husband, loving father and grandfather, and loyal friend. Jack loved being with friends and family. He was an avid reader, and enjoyed golfing, fishing, driving his Corvette, telling jokes and stories, and supporting his grandchildren in all of their activities and events. He was not only a big supporter of his grandchildren's activities but Jack enjoyed watching the successes of many young people in this community. He was an avid Emmetsburg E'Hawk fan.

Jack passed away Wednesday, December 15, 2010 at St. Mary's Hospital in Rochester, Minnesota, surrounded by his loving and devoted wife, Mary, his children and grandchildren. Jack was 73 years old. 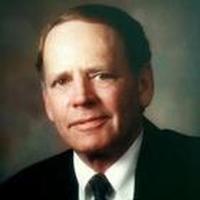