John Melvin Mills was born May 17th, 1923, in Estherville, one of eleven children born to Arlie Harrison and Frances (Carson) Mills. He attended school in Graettinger.

A Navy veteran of World War II, John served on several ships and was engaged in battles in the western Pacific, including Guam, Iwo Jima and Okinawa. His was the 13th ship to enter Tokyo Bay for the surrender of Japan and the end of hostilities. He served on the initial Japan Occupational Force and was honorably discharged upon his return home. Like most veterans of this war, he was quiet about the fighting, but it is known that he was the director for a gun mount that shot down several kamikaze aircraft, saving the ship from destruction.

On February 25, 1944, John Mills and Marjorie Helen Weir were married in St. Paul, Minnesota. They initially made their home in Graettinger before moving to Emmetsburg. They also lived in Pixtown, South Dakota and Algona, Iowa before returning to Emmetsburg in 1960 to the family home they built at 1602 Lawler.

John spent most of his working years driving trucks, however he also served as a Justice of the Peace and a Police Radio Dispatcher for several years in Emmetsburg. In the 1940s and 1950s he worked construction on the Fort Randall Dam in South Dakota and also at Thule, Greenland, helping to build the United States Defense Early Warning (DEW) Radar facility and Air Force Base. John was a lifetime member of VFW Post # 2295 and a past member of the peace officers organization. John was proud to be a life-long Democrat and was thrilled to cast his vote in last week's election.

Generous to others, it is said no person ever left his house hungry. John also once picked up a hitch-hiker who was trying to get to Chicago to visit his sick daughter, and drove the man all the way from Emmetsburg to the Illinois border. John always enjoyed family events, from the Mills family reunions, to Fourth of July festivities, to singing carols around the Christmas tree. Celebrations with family meant the world to him. 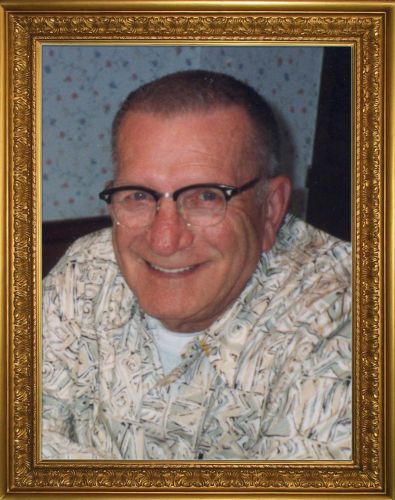