After Paul completed his education he began farming with his father north of Rolfe. He later moved to a farm between Rodman and Mallard and farmed there until entering the service. Paul served in the United States Navy as a Seaman, 1st Class, during World War II. After being honorably discharged in 1945, Paul returned home to continue farming.

On June 25, 1947, Paul was united in marriage to Evelyn Helen Halstead at St. Thomas Catholic Church in Emmetsburg. To this union three children were born. Paul and Evelyn farmed until 1976, when they moved into Emmetsburg. Even after moving to town, Paul continued to stay involved in farming. He purchased a farm in Wisconsin and he and Evelyn lived between Emmetsburg and Wisconsin operating the farm.

Paul was a member of Holy Family Catholic Church and Knights of Columbus. His life's passion was farming and he had a great interest in John Deere tractors, both old and new. He loved camping and traveling in their motor home and especially enjoyed going to Ingham Lake and Tuttle Lake. Paul and Evelyn enjoyed playing cards but most of all spending time with his grandchildren. 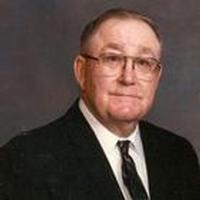