Cyril Allen Rouse, Jr., son of Cyril and Libbia (Josifek) Rouse, was born October 3, 1931 in Palo Alto County, Iowa. He received his education in Ayrshire, Iowa. Cyril served in the United States Air Force during the Korean War from January 4, 1951 until being honorably discharged on November 4, 1954. While in the service Cyril served as a staff sergeant and was stationed in Hunter Air Force Base in Savannah, Georgia. On January 11, 1953 Cyril was united in marriage to Marilyn Wichman at Zion Lutheran Church in Ruthven, Iowa. To this union four sons were born. After returning from the service, Cyril and Marilyn moved to their farm where they have lived and farmed ever since. Cyril had dairy cattle earlier in his farming years and then did grain farming as well as raising cattle and hogs. He served on the Ayrshire school board for several years and was a member of the American Legion Post #173 in Ayrshire. Cyril was a member of Zion Lutheran Church in Ruthven. Cyril enjoyed going for walks and staying in touch with his grandchildren’s activities. He rarely missed any of their events and thoroughly enjoyed every moment with them. He loved farming and was a true steward of the land. Cyril passed away, Monday, July 31, 2017 at his home near Curlew, Iowa, at the age of 85. 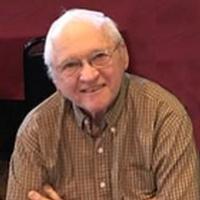