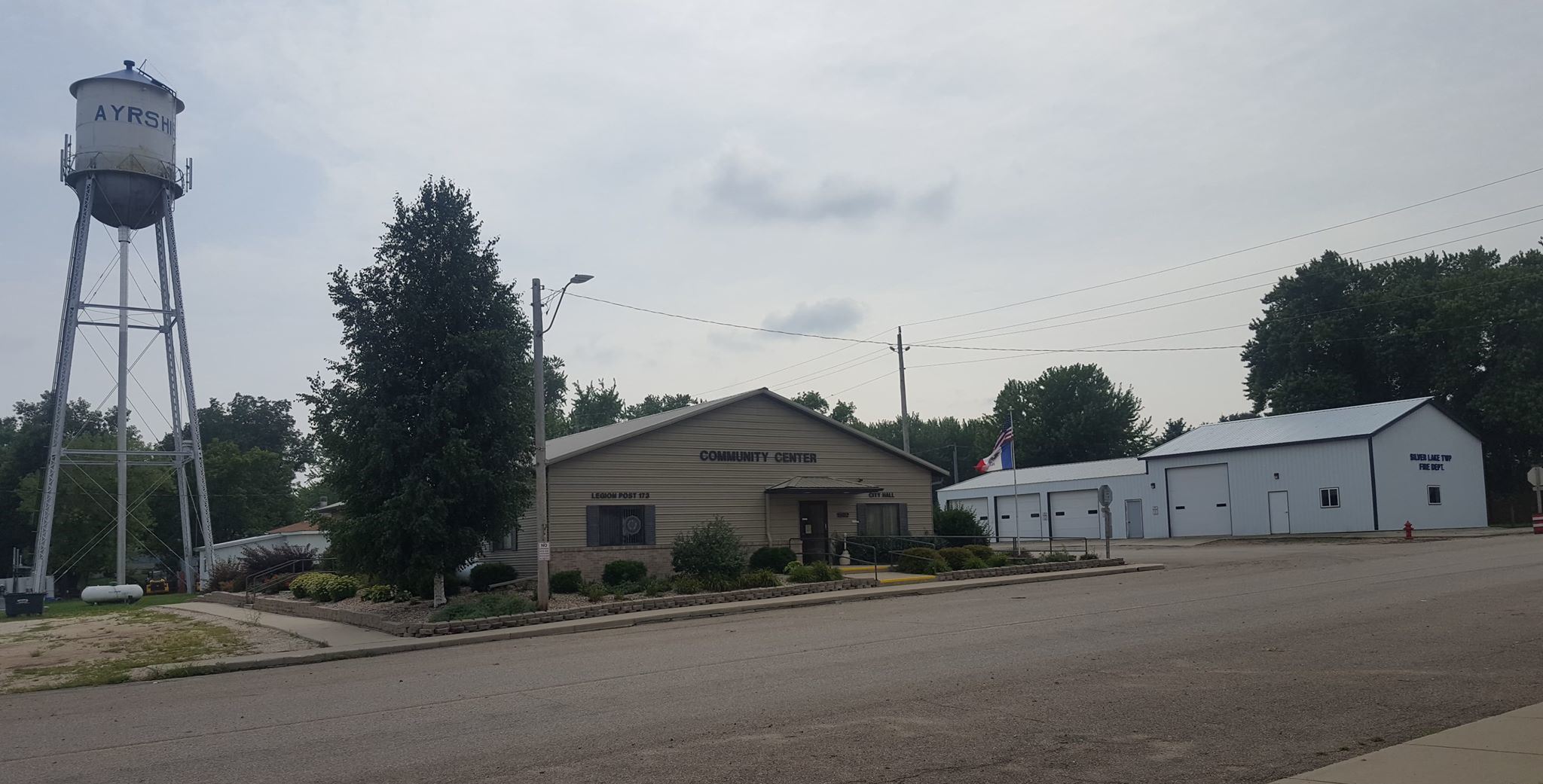 Ayrshire website in production!
View All
No events yet. Got an event coming up? Hit that NEW CALENDAR EVENT button!

Ayrshire was incorporated on 20 September 1895 and is an active community located in the northwest corner of Iowa. It is a wonderful place to live and a great place to visit! It is small enough to know your neighbors, but large enough to offer most everything you may need. It also offers. Silver Lake as a recreation area for fishing and boating activities.

At one time it had two banks, two grocery stores, blacksmith shop, livery stable, creamery, hotel, at least two barber shops; Lutheran, Catholic, Methodist and Baptist churches; five gas stations, grain elevator, two cafes, a locker plant, a pharmacy, a lumber yard, two beer halls and several other businesses. It had both a Catholic and a public high school. The Catholic high school closed in 1947. The lower grades closed in 1968. The public school closed in the spring of 1982. The public school mascot was the Ayrshire Beavers.

In 1972, the town drew national attention for having the youngest mayor in America. Jody Smith was nineteen when he was elected mayor.

The rail line, by then part of the Chicago and North Western Railway, was abandoned in the 1980s, and torn up.

The town celebrated its Quasquicentennial in 2007.

Points of Interest of Ayrshire, IA

Visit our county page and you will find information about our town and county's points of interest, festivals/events and faith community. You also will learn about the community organizations that have built and continue to build strong communities (chambers, community groups, and departments, etc) and much more when you visit the Palo Alto County, IA page.