Harley John Rouse was born on September 20, 1928 to John and Ada (Eaton) Rouse at Ayrshire, Iowa. Harley was the youngest of twelve children. He was a 1946 graduate of Silver Lake Consolidated High School. Harley served state side in the United States Army from 1951-1953 during the Korean Conflict. He attended GI Bill of Rights School from 1954 to 1956. He was united in marriage to Elaine Pilquist on October 2, 1955 until her death, due to cancer, on December 17, 1975. To this union three sons were born. On June 5, 1978 Harley married Colleen J. Conlon. Harley farmed in the Curlew-Ayrshire area and sold Purina Feed and Pioneer Seed for thirty three years. He also worked for Hoover Real Estate Company. In 1981 he and Colleen moved to the Ruthven community and in 2003 they retired and moved to Spencer, Iowa. Harley served on the Ayrshire School board as well as the Ayrshire Elevator board. He was a director for the Ayrshire Farmers Mutual Telephone Company from 1977 until 2007. Harley was a member of the Ayrshire American Legion, Clay County Cattlemen's Association, receiving Cattleman of the Year award in 1999 and the KWMT Outstanding Cattle Producer Award in 1981.
Harley was a member of Faith Lutheran Church in Spencer, Iowa. Prior to that he had been a long time member of Zion Lutheran Church in Ruthven, where he had served on various boards and committees throughout the years. Harley enjoyed being with his family, especially his grandkids and great grandkids. He looked forward to attending the Clay County Fair and going to the cattle shows. He liked to travel, especially to Montana. Harley enjoyed reading and listening to the â??marketsâ?�. He would always find time to check his cattle and the crops and to have a cup of coffee with his friends. Harley passed away Sunday, September 29, 2013 at the Ruthven Community Care Center at the age of 85. 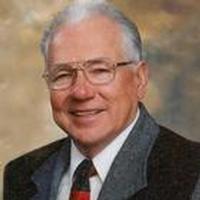