Junior Paul Bowman, was born in Ayrshire Iowa, on December 31, 1930 and passed from life on July 8, 2018 at Fairview Southdale Hospital in Edina, Minnesota.

Junior served in the U.S. Air Force in 1951 through 1954 during the Korean War. He attended Spartan School of Aeronautics in Tulsa, Oklahoma where he learned his trade as an aircraft mechanic, and served as a Senior Aircraft Mechanic until his discharge in 1954.

He continued to apply his trade as an aircraft mechanic throughout his career, working for North Central Airlines as it progressed through ownership by Republic Airlines, Northwest Airlines, and Delta Airlines.

Retiring in 1993, Junior and his wife Bonnie became “Snow Birds” enjoying life split between McAllen, Texas and Bloomington, MN. He enjoyed music, wood crafts and creating numerous display items for himself and others. A fiercely dedicated family man, he lovingly cared for Bonnie throughout her battle with Parkinson’s Disease until her death in 2012.

Junior continued doting on his grandchildren and great-grandchildren alike until his death. He also shared his love and time with his only remaining sibling Shirley Smith, whom he loved dearly.

In April 2018, prior to his death Junior was blessed with through Honor Flight to see the Memorials in Washington D.C. In lieu of flowers, it is the desire of the family to honor Junior and all who served our country by donating all memorials to the Honor Flight Network Twin Cities. 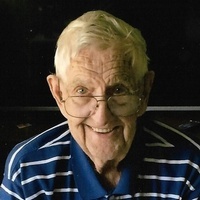