Keith Eugene Peterson, son of Ralph and Amy (Johnson) Peterson, was born February 10, 1946 in Emmetsburg, Iowa. He graduated from Ayrshire High School in 1963. Keith served in the United States Army during the Vietnam War. After being honorably discharged he returned to Palo Alto County.

On March 25, 1972, Keith was united in marriage to Debbra Kenyon at the United Methodist Church in Hartley, Iowa. To this union four sons were born. Keith and Debbra made their home near Ayrshire where Keith farmed and raised hogs.

Keith loved farming. He and Debbra also enjoyed traveling throughout the United States and southern Canada. Keith was always ready to take a trip to a new area whether by mini van or a fifth wheel camper. 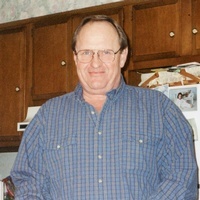