Gary Louis Heiman, son of Wilbur and Evelyn (Pietig) Heiman, was born January 31, 1948 in Emmetsburg, Iowa. He attended Ayrshire Consolidated School graduating in 1967. Following graduation, Gary served two years in the United States Navy as a Marine Mechanic. On August 31, 1974 Gary was united in marriage to Linda Kassel at the United Methodist Church in Ayrshire, Iowa. To this union two children were born. Gary was employed at the Ayrshire Elevator and later went to work for Hakes Foods in Laurens. He worked for Hakes for twenty years. Most recently Gary had been employed by KW Electric and Skyjack Manufacturing in Emmetsburg. Gary was a member of Sacred Heart Catholic Church and the Ayrshire American Legion Post #173. He loved fishing and hunting and was always anxious to take his nephews hunting on the holidays when they were home. He was proud of the nine point buck he shot in December of 2003 which he had mounted. In July 2006 Gary was able to go fishing in Canada which he truly enjoyed. He was also an avid golfer. Gary's grandchildren were his life and he made sure that they had a lot of fun when they were at his house. He even had to buy them a wagon so he could give them rides. Family gatherings were important to Gary and he could always be found in the kitchen with his sisters carving the meat. He assumed this job after his father was no longer able to. He will be remembered as a loving husband, father, grandfather, brother and uncle. Gary died Saturday, February 17, 2007 at Lakeside Lutheran Home in Emmetsburg, Iowa at the age of 59. 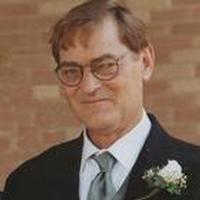