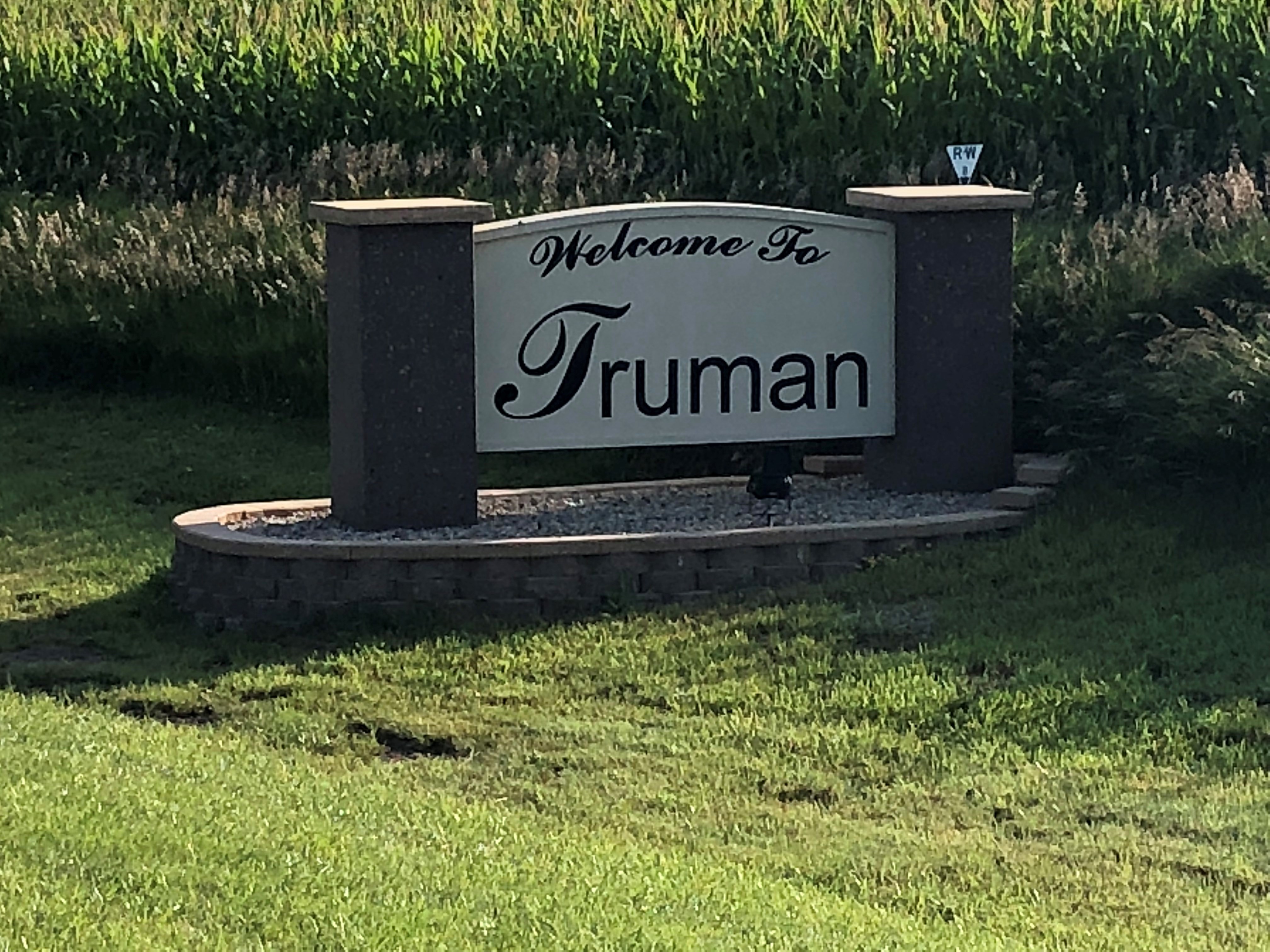 City of Truman
View All

Truman is located on the north central edge of Martin County in Westford Township, Minnesota. The first settlement in the township was established in 1857 along Elm Creek. In 1862, many of the settlements in the area were burned during an Indian uprising, but many residents soon returned to rebuild their homes and farms. In 1878, an east-west railroad was built crossing the county, and settlers once again flowed into the region, reclaiming the abandoned farms and planting new fields across the vast prairies. Another rush of settlement occurred with the opening of the north-south railroad in 1899. The city of Truman was born at this time when that railroad was built to connect Fairmont with Madelia.

Truman today continues to change and adapt itself for the future. The railroad and many of Truman’ once-thriving businesses are gone, fallen victim to declining farm populations, migration to the cities, the automobile, superhighways, and regional shopping centers. Yet, as always, Truman’s real wealth lies in the energy, tenacity, and vision of its residents. Born of the railroad and raised on the farms, Truman continues to reach toward the future as a community of caring, supportive neighbors, a rural survivor.

Points of Interest of Truman, MN

Visit our county page and you will find information about our town and county's points of interest, festivals/events and faith community. You also will learn about the community organizations that have built and continue to build strong communities (chambers, community groups, and departments, etc) and much more when you visit the Martin County, MN page.